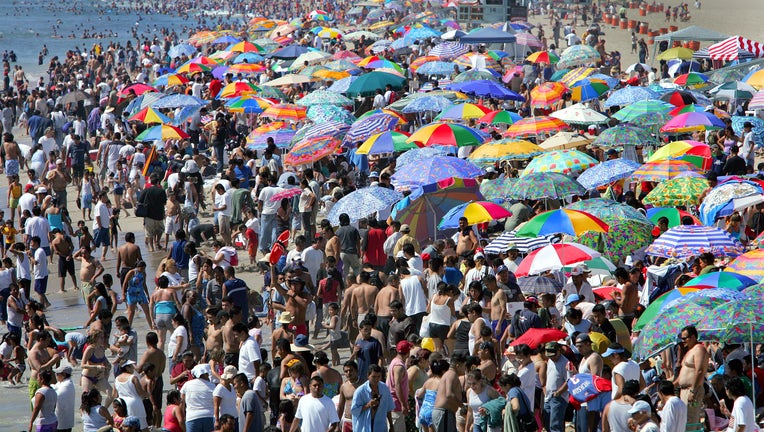 SACRAMENTO, Calif. - California’s population has stalled at 39.9 million people as expensive housing prices and other factors convince more people to leave the state for other parts of the country.

Adding births and subtracting deaths, California added more than 180,000 people for the 12 months ending July 1. But more people left the state, resulting in a net migration loss of 39,500 people.

“More people moved out of California than into California this year. That was negative for the first time since 2010,” said Eddie Hunsinger, a demographer with the California Department of Finance.

The migration loss has been a boon to other states, particularly Nevada. Last month, Nevada passed the 3 million population mark as the U.S. Census Bureau ranked it as the fastest-growing state in 2018 — mostly because of a steady stream of Californians moving in.

Robert Lang, executive director of Brookings Mountain West at the University of Nevada, Las Vegas, said there are more adults in Nevada that were born in California than there are native Nevadans.

California’s population nearly tripled in the last half of the 20th century and is now the world’s fifth-largest economy. It remains by far the most populous state in the country, with second-place Texas still shy of 30 million people.

Yet the state’s growth has leveled off. It’s 0.35% growth rate for the 12 months ending July 1 is down from a 0.57% rate for the prior 12 months, the two slowest growth rates in recorded history.

Los Angeles County lost 9,698 people, but remains the most populous county in the state — and the nation — at more than 10.2 million people.

Butte County lost 10,388 people, the largest percentage decrease in the state — a testament to the lingering effects of a 2018 fire in the town of Paradise that killed 85 people, destroyed more than 14,600 housing units and displaced an estimated 35,700 people.

Births continued to decline, falling by more than 9,000.

“I’m starting to get a sense that this is a trend,” Hunsinger said.

Still, official state estimates predict California will hit 50 million people by 2055, predicting by then the state will join Japan and European countries as having more deaths than births.