Anthony Fauci summarizes the status of the coronavirus pandemic

Fauci, the nation’s leading infectious disease expert, summarized the status of the pandemic amid a devastating surge, which has pushed new case counts and death tolls higher than ever before in dozens of states across the U.S.

CAMBRIDGE, Mass. - Moderna announced Monday that its current COVID-19 vaccine appears to work against two highly-transmissible coronavirus variants first detected in the U.K. and South Africa. But researchers found that the vaccine may be less effective against the variant discovered in South Africa.

As a precaution, Moderna is developing a new form of the vaccine against the variant that could be used as a booster against the virus.

In a study, Moderna’s two-dose vaccine produced neutralizing antibodies against multiple variants, including B.1.1.7 and B.1.351, which were first identified in the U.K. and South Africa, respectively.

Despite this finding, the company said the antibodies "remain above levels that are expected to be protective." 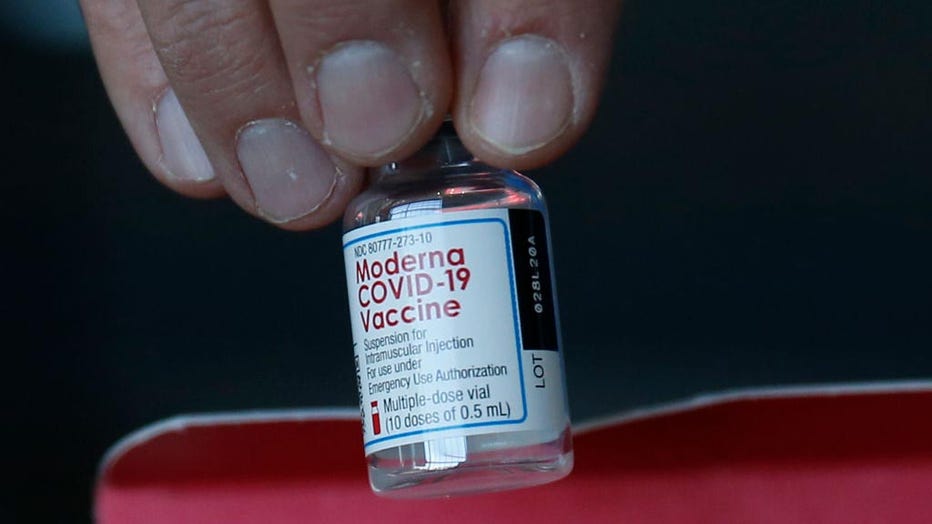 The Moderna vaccine is seen during the opening day of vaccinations on Jan. 18, 2021 for first responders at the Gillette Stadium/CIC Health COVID-19 Vaccination Site, in Foxborough, MA, the first large-scale vaccination site in Massachusetts. (Photo

"Out of an abundance of caution and leveraging the flexibility of our mRNA platform, we are advancing an emerging variant booster candidate against the variant first identified in the Republic of South Africa into the clinic to determine if it will be more effective to boost titers against this and potentially future variants," said Moderna CEO Stéphane Bancel in a statement.

In addition to developing a new vaccine to serve as a booster, Moderna said it will test adding a third shot of its current vaccine to boost its two-dose regimen.

Viruses constantly undergo minor changes as they spread from person to person. The slight modifications are used by researchers to track how the coronavirus has moved around the world since it was first detected in 2019.

A recent study of Pfizer’s COVID-19 vaccine suggests it can protect against a mutation found in the U.K. and South African variants.

According to the report, the new variant carries a mutation identical to the newly-discovered U.K. strain but likely arose in a virus strain already present in the United States.

In Ohio, researchers recently discovered a new variant of the virus that carries a mutation identical to the U.K. strain, but "likely arose in a virus strain already present in the United States."

The research comes as the U.S. continues its largest vaccination campaign in history against COVID-19, which has killed more than 419,000 Americans, according to data from Johns Hopkins University.