LOS ANGELES - Heidi Planck, a Los Angeles mother, has been missing for more than two weeks as of Tuesday, and her ex-husband suspects there may be some foul play behind her disappearance.

Planck's family reported her missing to the Los Angeles Police Department on Oct. 20 after she failed to pick up her 10-year-old son from school, but she was last seen on Oct. 17, when she abruptly left her son's football game in Downey before it was over.

Jim Wayne believes his ex-wife's job may have played a role in her disappearance after he received a phone call from a Securities and Exchange Commission (SEC) official on Oct. 21 asking him what he knows about her boss, Jason Sugarman.

Planck was working as a controller and executive assistant for an investment advisory company under investigation by the SEC called Camden Capital Partners LLC, according to her LinkedIn and Facebook profiles.

The desperate search continues for a missing mom who was last seen in Downey on October 17.

The SEC in 2019 charged Camden Capital executive Sugarman and his business partner, Jason Galanis, with securities fraud. The pair had developed a scheme to steal $43 million from its clients that they purported to invest in Native American tribal bonds. Sugarman "ultimately siphoned almost $9 million in cash for his direct and personal benefit," according to a 2019 SEC complaint. Galanis pleaded guilty to "multiple fraudulent schemes" in January of 2020 and was sentenced to more than 15 years in prison.

Sugarman appeared to delete his LinkedIn profile on Tuesday after Fox News reached out for comment.

Planck told her friends and family that the company had "some tax filings that were due" and had complained that "her boss has her name on so much of their corporate paperwork," Wayne said.

Officials also raided Planck's apartment last week, according to Wayne, who believes the officials were federal agents, though the FBI said the "LAPD is leading this investigation." The Los Angeles Police Department on Tuesday morning said it had no further information regarding its investigation into Planck's disappearance.

Law enforcement officials have collected all of Planck's electronics as well as her son's phone, Wayne said.

The 39-year-old's dog was discovered on the 28th floor of a high-rise residential building in downtown LA, without any of Planck's belongings, hours after Planck was last seen on Oct. 17. Wayne traced the dog's microchip to the apartment complex after she was reported missing.

"He was found wandering around a luxury apartment complex downtown Los Angeles," Wayne told Fox News Digital. Residents of the apartment complex found and cared for the dog until Wayne contacted the microchip company and tracked down its location, as The Daily Mail first reported.

He added that Planck had no connection to the building, and when he checked its parking garage a few days later, he did not see her car there.

At first, Wayne said, the owners of the building "weren't being very collaborative" with law enforcement in terms of handing over security footage and other information. After police served them a warrant, however, the owners began cooperating. 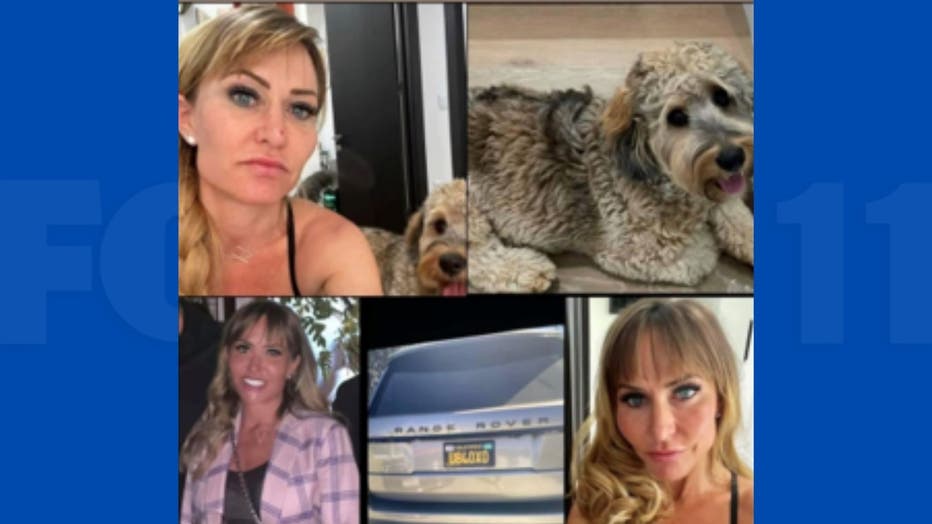 "It's an enormous building," Wayne said. "So, I'm just, I'm totally bewildered by this. This is completely puzzling why we haven't found out anything."

Planck's and Wayne's 10-year-old son turns 11 on Tuesday and wants his mother to be there for his birthday.

"The poor kid, man," Wayne said. "He just needs to know what the hell happened to his mom. And he's going to have to have some kind of closure somewhere."