Authorities said her body was found, along with a deceased male, in the Churchhill Heights neighborhood of Cayce, South Carolina.

Authorities said her body was found, along with a deceased male, in the Churchhill Heights neighborhood of Cayce, South Carolina. Police have not yet announced the identity of the male or said if the two deaths are connected. 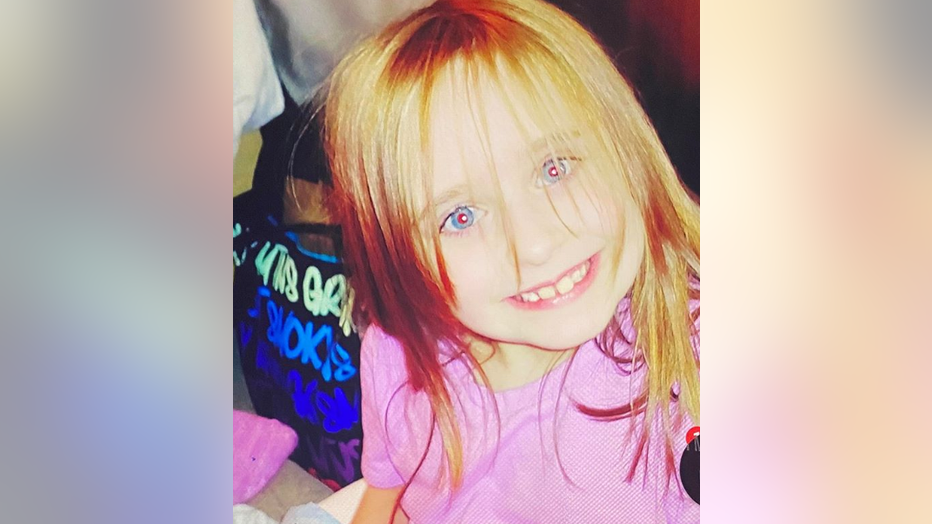 Faye Swetlik, 6, courtesy of the Cayce Department of Public Safety

"There is no danger to the community at this time," police said.

The Swetlik case has been declared a homicide investigation.

"Now begins the investigation into her homicide and the Cayce Department of Public Safety, along with local, state and federal law enforcement partners, will continue to work together to bring this case to a close," authorities said.

Family members had told authorities the last time they saw Faye Swetlik was when she was playing in the front yard of her residence around 3:33 p.m. on Londonberry Lane after she got off the school bus on Monday, Feb. 10.

Family members told authorities that they "lost track of her."

Authorities confirmed on Thursday that they did tow multiple vehicles from the family's property. They would not go into detail regarding this action, saying it could possibly hurt the investigation.

A constant police presence had been at the family's home since 5 p.m. Monday.

Surveillance video was released on Wednesday of 6-year-old Faye Swetlik getting off the school bus Monday before she vanished.

She was last seen on Monday, Feb. 10 before she vanished from her front yard, police said.

If you have any information that would assist in the investigation, the Faye Swetlik hotline is still operational. That number is 803-205-4444.

Check back for updates throughout the day on this developing story.