A Dachshund stolen from an Oakland park has been found but two suspects are still outstanding.

OAKLAND, Calif. - A mini Dachshund stolen in Oakland during a car burglary at Chabot Regional Park is now safely back with her owner.

The dog named Ellie is safe thanks to a tip that led  East Bay Regional Park Police to an Oakland.

Police are still searching for the two men who officers say stole the dog and also a truck belonging to the parks district.

Police released a photo of two suspects getting into a car car with a California license plate of D321Z1.

Last Friday, two suspects robbed a woman at gunpoint Friday evening in downtown Oakland, before making off with the French bulldog she was walking.

In that case, Hannah Nelson told KTVU said she was out of town when it happened to her friend who was pet sitting.

"I’m not sure why people do this," Nelson said "We just finished dinner and I got a call from my friend who was watching our dog who said that she had just been robbed at gunpoint and they had taken Merlyn, our dog."

Nelson says it happened around 6 p.m. right in front of Modern Times Beer at the intersection of Valdez and 24 streets."I just can’t believe that it happened right outside our apartment," said Nelson. 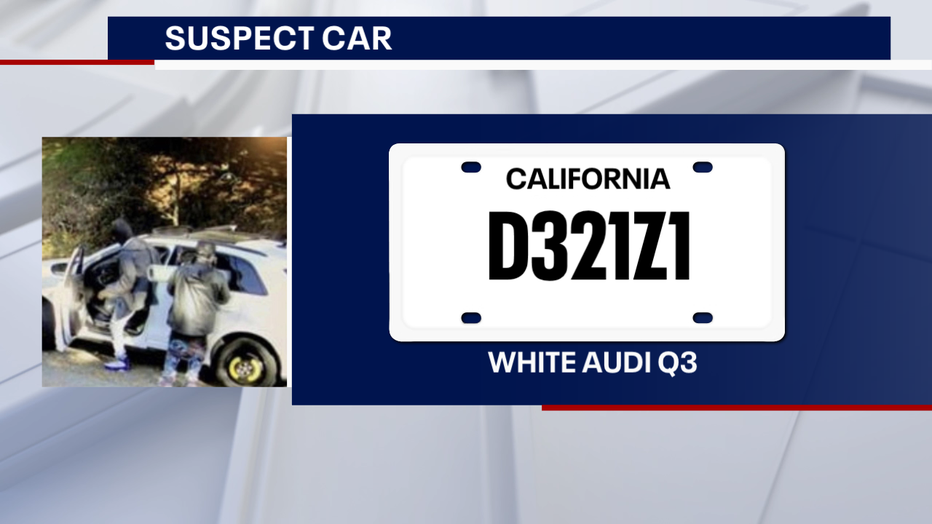