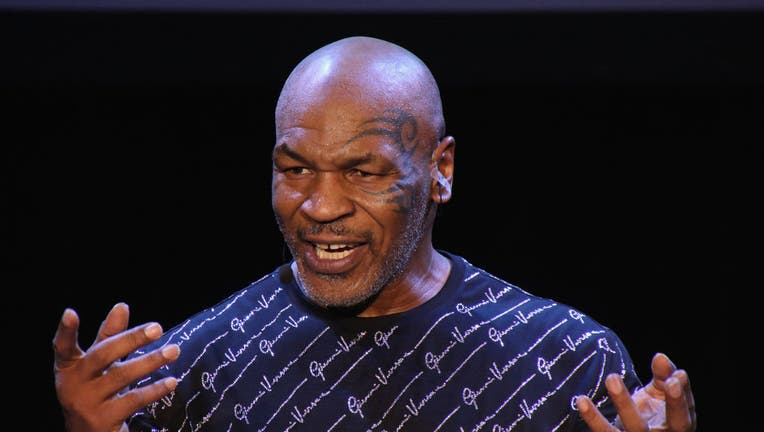 Mike Tyson performs his one man show "Undisputed Truth" in the Music Box at the Borgata on March 6, 2020 in Atlantic City, New Jersey. Tyson is slated to step back into the ring in September. (Photo by Donald Kravitz/Getty Images)

Mike Tyson has been a successful entrepreneur in the marijuana industry and has a popular podcast, so his decision to go back between the ropes may have perplexed some people.

Tyson, 54, will square off against Roy Jones Jr. in an exhibition boxing match on Saturday night in Los Angeles. In a pre-fight press conference with reporters, Tyson said it was toad venom that helped him get back in shape and ready to fight again.

“I took the medicine, and the medicine told me to get into shape,” he said, via USA Today. “It really blew my mind. It told me to come back and start getting in shape.”

The Addiction Center released a report in October 2019 calling toad venom a “trendy new psychedelic” and comparing it to mescaline. The drug comes from a toad native to the Sonoran Desert that produces venom known as 5-MeO-DMT. It’s reportedly about six times more powerful than the hallucinogenic DMT, or N,N-dimethyltryptamine.

“It’s such an intense experience that, in most cases, doing it at a party isn’t safe. It’s not a recreational drug. If people get dosed too high, they can ‘white out’ and disassociate from their mind and body,” Alan K. Davis, a clinical psychologist and assistant professor at Johns Hopkins University’s psychedelic research unit, said in the report.

Tyson and Jones’ fight will be the main event for the night.

The California State Athletic Commission sanctioned the bout, but with several rules. DAZN pointed out that the fight will go eight, 2-minute rounds, the fight will stop if there's a cut and there are no knockouts.