'Back to the Future' reunion

Actors Michael J. Fox and Christopher Lloyd share a hug on stage during a "Back to the Future" panel at Comic Con in New York City. (Credit: Federico Carestia via Storyful)

NEW YORK - Fans of "Back to the Future" were in for a special surprise when its two stars, Michael J. Fox and Christopher Lloyd, reunited on stage to talk about the movie 37 years after it was released.

The two stars appeared at a panel for the popular sci-fi films at Comic Con in New York on Saturday. Video of the moment captured by Federico Carestia shows Fox walking in and taking his seat before Lloyd comes onstage moments later.

Lloyd and Fox embraced each other with a hug as they received applause from the audience. In 2020, the actors reunited with other costars of the film for a YouTube series, Rolling Stone reported Sunday. 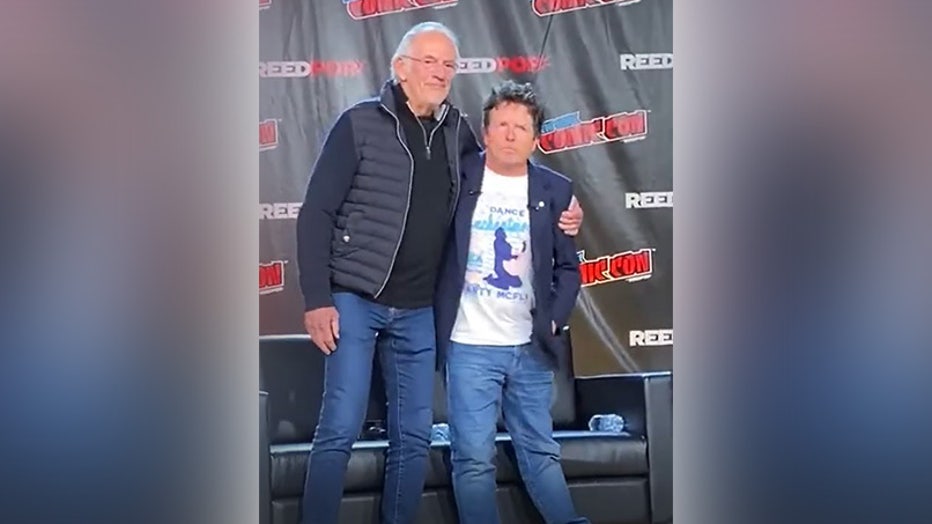 Actors Christopher Lloyd, left, and Michael J. Fox, right, reunite during "Back to the Future panel at Comic Con in New York on Oct. 8. (Credit: Federico Carestia via Storyful)

The actors reflected on their roles in the films as the characters Marty McFly and Doc Brown. Fox and Lloyd also talked about the first time they met on set after Fox replaced actor Eric Stolz as McFly, according to Rolling Stone.

"Back to the Future" tells the story of McFly, a teen who works with Brown as the duo travels in time in a DeLorean time machine. 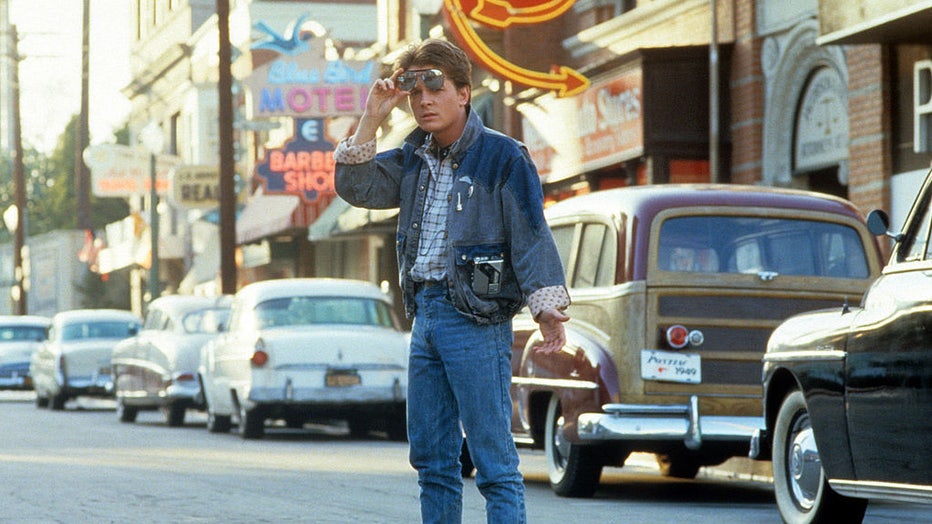 Michael J Fox walking across the street in a scene from the film 'Back To The Future', 1985. (Photo by Universal/Getty Images)

During the panel, Lloyd told the audience that he and Fox had "immediate chemistry" when they first met. Fox added that he was impressed by Lloyd’s performance telling the audience he’s "brilliantly entertaining," Rolling Stone reported.

Fox, who was diagnosed with Parkinson’s disease as a 29-year-old in 1991, has written and spoken about his life with the condition and founded a research institute. 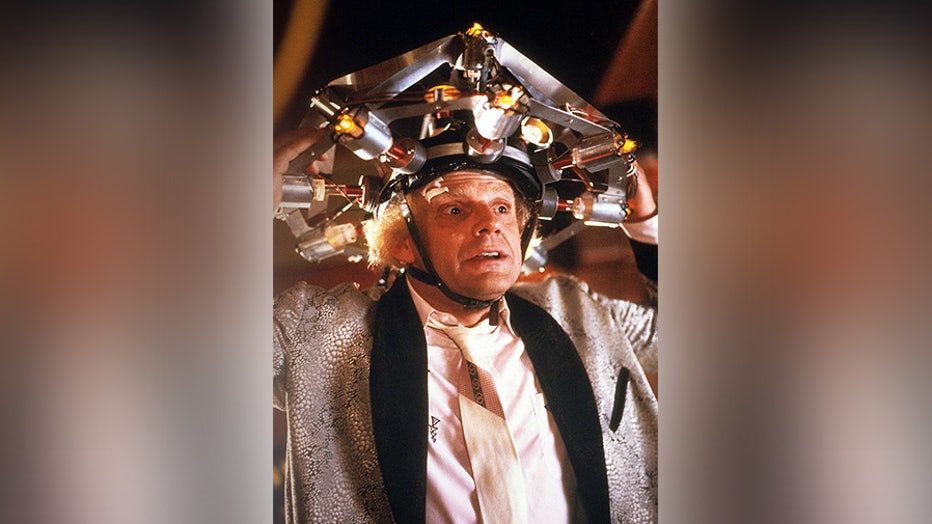 Christopher Lloyd wearing concoction on his head in a scene from the film 'Back To The Future', 1985. (Photo by Universal/Getty Images)

The actor told the audience during the panel that Lloyd and others have been there for him, Rolling Stone reported.