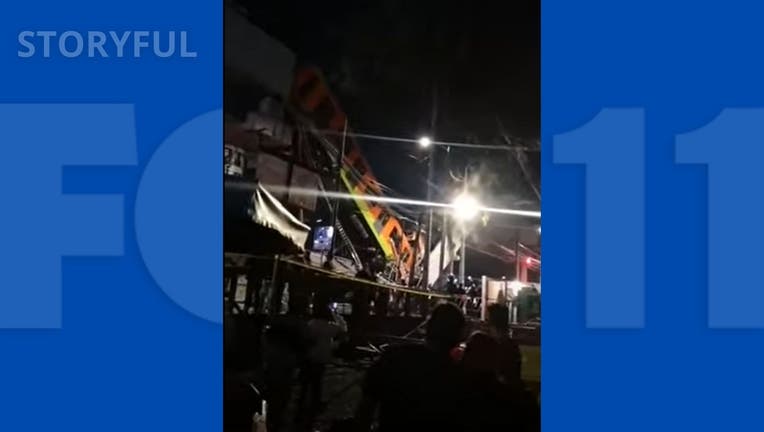 Mexico City’s civil protection agency tweeted that almost 70 people were injured in the accident in the south of the capital and were being taken to nearby hospitals.

"A support beam gave way," said Mexico City Mayor Claudia Sheinbaum, who had rushed to the scene of the accident, which happened at about 10:30 p.m. local time.

Video showed at least one broken train along with dozens of rescuers searching through the rubble of the collapsed overpass. Cars could be seen trapped underneath.

The accident happened on the metro’s Line 12, the construction of which has been plagued by complaints and accusations of irregularities.

"What has happened on the metro today is a terrible tragedy," tweeted Mexican foreign minister Marcelo Ebrard.