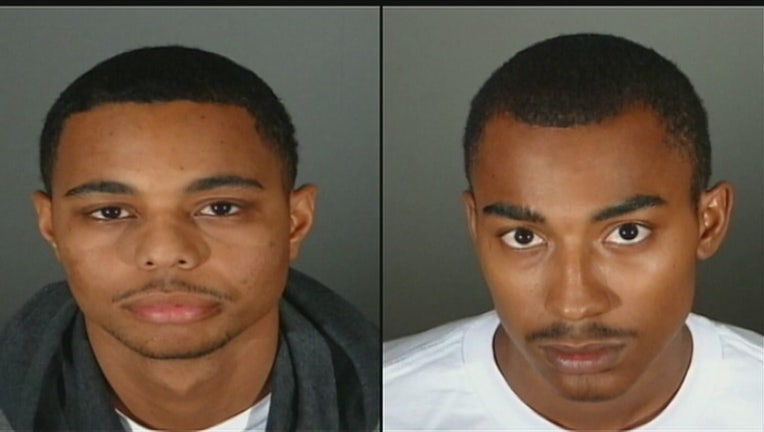 PASADENA (CNS / FOX 11) - An alert woman, who noticed she was being tailed on her way home in the midnight hour Sunday, led police to arrest a 23-year-old parolee and his accomplice and recover stolen guns.

The woman called police just after midnight, while in her vehicle, to report that she being followed by a gray Ford Focus, according to Lt. John Mercado of the Pasadena Police Department.

The alleged victim was described as a woman in her 30s.

She reported to police that the Ford had followed her from the area of Lake Avenue and California Boulevard to the 1400 block of Rose Villa Street, where she pulled over while talking to police. The Ford also stopped near her car.

Police located the Ford Focus, and found a head-covering that could be used as a mask, and a loaded .40-caliber handgun, Mercado said.

Parolee Christopher Jevon Savery, 23, of Hawthorne and Cory Marquell Hartfield, 19, of Las Vegas were booked for suspicion of robbery, Mercado said. Savery was also accused of being a convicted felon in possession of firearms.

The Pasadena Star-News reported that investigators then went to Savery's home in Hawthorne, got a warrant, and found a stolen shotgun, shotgun shells, and an additional loaded magazine for the handgun.

Savery was held without bail pending his initial court appearance. Hartfield was held in lieu of $50,000 bail.