The rock world is mourning the devastating loss of Eddie Van Halen. The legendary guitarist and co-founder of Van Halen passed away after a long battle with cancer.

HOLLYWOOD, Calif. - A memorial is growing outside of the Guitar Center on Sunset in Hollywood to honor Eddie Van Halen who passed away after a long battle with cancer on Tuesday.

Van Halen is a part of the RockWalk honoring musicians.

"The Guitar Center, he's the cornerstone of our brand in 1985. He was one of the first seven inductees into our RockWalk and he's just been a fixture for Guitar Center Hollywood on Sunset and all the people that come to visit put their hands in his handprints and see the guitars on display," said Eric Bradley, the Artist Manager for the Guitar Center in Hollywood. 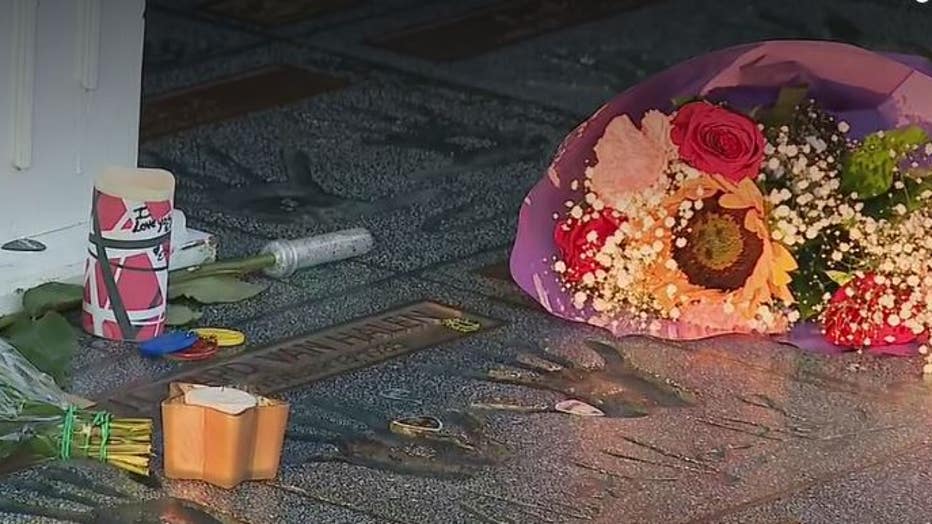 Bradley worked with Van Halen several times over the years and described him as a good man.

"I worked with him at the Guitar Center in a couple of different aspects and I mean he was such a sweetheart of a guy. He had such a big heart. I was shocked [to hear of Van Halen's passing] and then it went to denial and devastation. He means so much to me personally and obviously the music industry worldwide and guitar players and the influence he's had and will continue to have for generations," said Bradley.

Mikeal Maglieri, the owner of the historic "Whisky A Go-Go" and "The Rainbow Bar and Grill," has treasures from Van Halen including a custom guitar, and an original setlist from 1977. 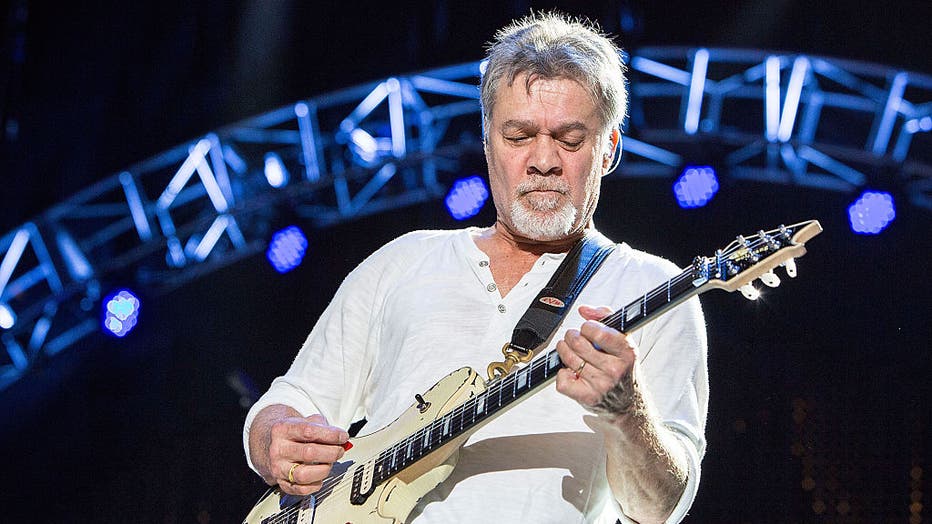 "He [Eddie Van Halen] means so much to the Whisky. They [Van Halen] would come here, open up for the motels in the late 70s. It seemed like every three months they'd be playing a couple of nights in a row, selling out the Whisky, and this was in the 70s and they just never stopped. They just packed this place in. They were a true LA band. He was such a legend and I didn't think it was going to happen like this and just out of nowhere just to hear of his passing. It's the most devastating thing," Maglieri said.

"Eddie was doing things on the guitar that nobody even thought of or could imagine so it was a divining rod-like look if you want to be a good guitar player, this is where you gotta be, and when he set that level, a lot of us couldn't achieve that so we had to start practicing," said Clarke.

Clarke also described Van Halen as "unique" and a "tough act to follow."

Van Halen passed away from cancer, according to his loved ones.

He was best known for his expertise on the electric guitar, and his iconic string-bending sound.