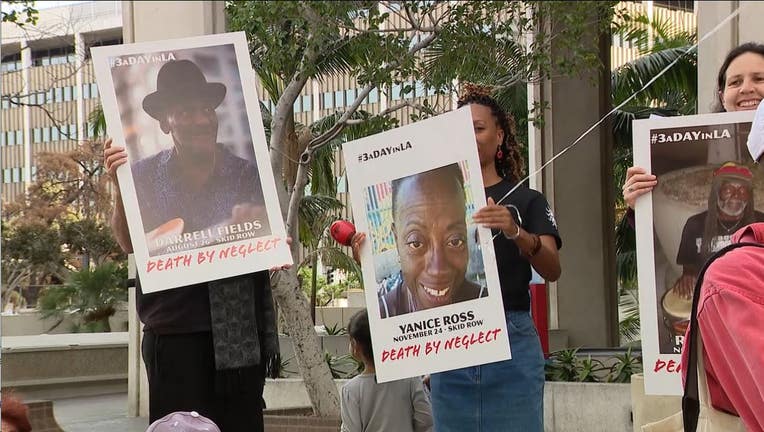 LOS ANGELES - A memorial for a homeless person who recently died on Skid Row turned into a rally, people urging the city to create more housing for individuals living on the streets.

The memorial started at San Julian Park, an outdoor refuge for hundreds of homeless people downtown, and was hosted by the Los Angeles Community Action Network and the organization Services Not Sweeps, which advocate for homeless individuals' rights.

"We're out here today with our partners across the city of Los Angeles saying `no' to three deaths per day,'' LACAN spokesperson Pete White said. "We're saying the city has other options. Instead of aggressive policing, put that money into housing.''

Other memorials were planned for the Boardwalk in Venice Beach, a march was also planned at Sunset and Wilshire in Koreatown, and another at Echo Lake Park.

White said the advocates decided to march downtown to draw attention to the seriousness of Los Angeles' homeless crisis, and he said the city needs to explore cheaper options to housing people. He said his organization wants to pressure the City Council to open property the city owns for public housing. 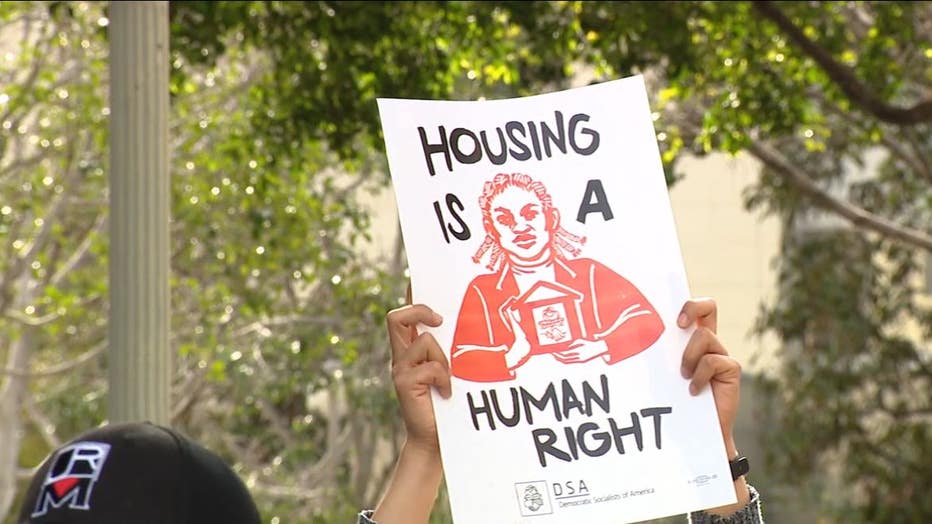 The City Council voted earlier this month to allow only affordable units to be built on city-owned land slated for housing.

Marchers were led by a man who refers to himself as "Pancake,'' a community organizer with LACAN, and participants wore purple beads as a sign of solidarity.

One woman was overcome with emotions after seeing one of her relatives emblazoned on a banner that listed 18 homeless people who had died recently and were familiar to LACAN.

The march included about 100 people and delayed traffic at times as it moved through downtown toward City Hall. Los Angeles Police Department officials said no one was arrested or cited for marching. The march concluded near the flower box, where a homeless man was found dead Wednesday in front of City Hall East.

"We thought it was important to return to the scene of the crime because it is these two buildings that make three lives perishing a day a
possibility,'' White told the crowd once the march reached the bridge between Los Angeles City Hall and City Hall East.

Los Angeles County is expected to reach more than 1,000 deaths of homeless people this year, which equates to more than three deaths per day.

"My heart breaks for the man who passed away, and it should outrage all of us that anyone dies unhoused and alone in Los Angeles,'' Mayor Eric Garcetti said. "Nothing drives that point home more clearly than discovering that tragedy in front of City Hall. Everything we do to respond to this humanitarian emergency is about saving and rebuilding lives, and when one is lost, it should push each and every one of us to keep confronting this crisis with everything we've got.'' 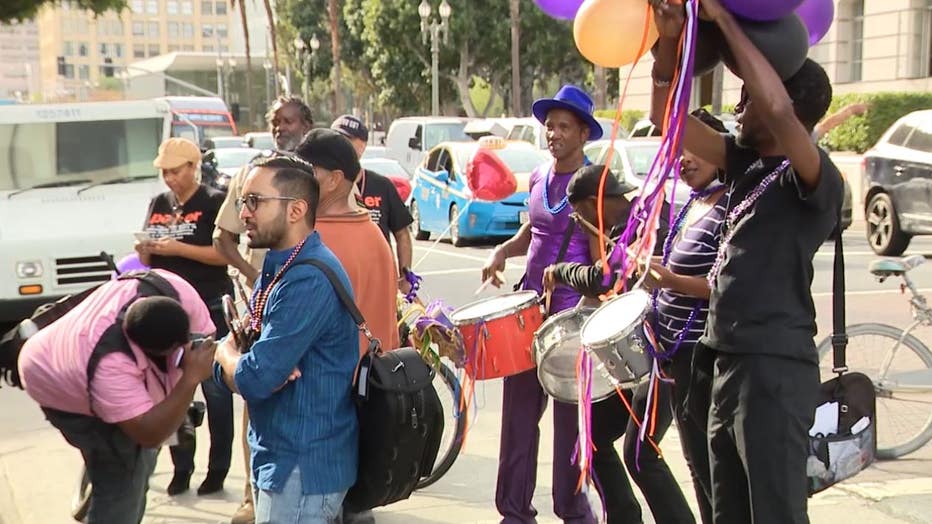 An autopsy and positive identification of the man are still pending, according to the coroner's office.

His death came two days after the U.S. Supreme Court refused to hear arguments in a case that essentially bars cities and counties from citing people for sleeping on sidewalks unless there is enough alternative shelter space available for the homeless.

The city and county of Los Angeles, along with a host of other government agencies, had filed court papers in support of an appeal of the
ruling in the case known as Martin v. City of Boise. White said the Supreme Court's decision to not hear the arguments was
a major victory for homeless people.