A Texas appeals court on Monday delayed the execution of Melissa Lucio amid growing doubts about whether she fatally beat her 2-year-old daughter in a case that has garnered the support of lawmakers, celebrities and even some jurors who sentenced her to death.

DALLAS - A Texas appeals court on Monday delayed the execution of Melissa Lucio amid growing doubts about whether she fatally beat her 2-year-old daughter in a case that has garnered the support of lawmakers, celebrities and even some jurors who sentenced her to death.

The Texas Court of Criminal Appeals granted a request by Lucio's lawyers for a stay of execution so a lower court can review her claims that new evidence would exonerate her. It was not immediately known when the lower court would begin reviewing her case.

Lucio had been set for lethal injection Wednesday for the 2007 death of her daughter Mariah in Harlingen, Texas. 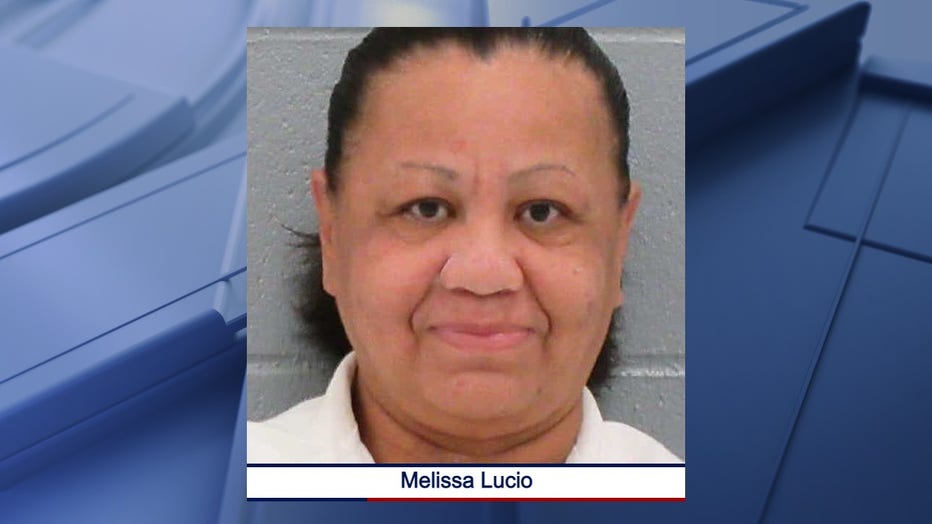 The Texas Court of Criminal Appeals stepped in just two days before Lucio was scheduled to die by lethal injection.

In its decision, the state court ordered the Cameron County trial court to consider new evidence presented by Lucio’s legal team. The attorneys brought forth nine claims. The court decided four of them met the requirements for a stay.

The stay order states, "we therefore remand those claims to the trial court for a merits’ review… Execution is stayed pending resolution of the remanded claims."

Bobby Alvarez is one of Lucio's sons. The family says now they can turn their attention to celebrating Mother's Day with their mother still alive.

"We were talking about it today actually of what we are going to do for Mother’s Day. I know she wants a lot of cards," he said. "We are going to continue visiting her, seeing her, doing what we have been doing and waiting for her to come out."

Over the weekend there were with multiple rallies and events throughout North Texas and beyond aimed at raising awareness of Lucio’s appeal.

All over the country Saturday, supporters of a Texas woman on death row rallied hoping to stop her execution set for next week.

Prosecutors have maintained that the girl was the victim of abuse and noted that her body was covered in bruises. Lucio's lawyers say Mariah died from injuries she sustained in a fall down a steep staircase several days before she died.

"I am grateful the court has given me the chance to live and prove my innocence," Lucio said in a statement provided by her lawyers. "Mariah is in my heart today and always. I am grateful to have more days to be a mother to my children and a grandmother to my grandchildren. I will use my time to help bring them to Christ. I am deeply grateful to everyone who prayed for me and spoke out on my behalf."

The execution stay was announced minutes before the Texas Board of Pardons and Paroles had been set to consider Lucio's clemency application to either commute her death sentence or grant her a 120-day reprieve.

Lucio's attorneys say her capital murder conviction was based on an unreliable and coerced confession that was the result of relentless questioning and her long history of being sexually, physically and emotionally abused. They say Lucio wasn't allowed to present evidence questioning the validity of her confession.

A Texas appeals court on Monday delayed the execution of Melissa Lucio amid growing doubts about whether she fatally beat her 2-year-old daughter in a case that has garnered the support of lawmakers, celebrities and even some jurors who sentenced her to death.

Her lawyers also contend that unscientific and false evidence misled jurors into believing Mariah's injuries could have been caused only by abuse and not by medical complications from a severe fall.

"It would have shocked the public's conscience for Melissa to be put to death based on false and incomplete medical evidence for a crime that never even happened," said Vanessa Potkin, one of Lucio's attorneys who is with the Innocence Project. "All of the new evidence of her innocence has never before been considered by any court. The court's stay allows us to continue fighting alongside Melissa to overturn her wrongful conviction."

A spokeswoman for Cameron County District Attorney Luis Saenz, whose office prosecuted the case, did not immediately return an email seeking comment.

In its three-page order, the appeals court asked that the trial court in Brownsville that handled Lucio's case review four claims her lawyers have made: whether prosecutors used false evidence to convict her; whether previously unavailable scientific evidence would have prevented her conviction; whether she is actually innocent; and whether prosecutors suppressed evidence that would have been favorable to her defense.

During a sometimes contentious Texas House committee hearing on Lucio's case this month, Saenz had said he disagreed with Lucio's lawyers' claims that new evidence would exonerate her. Prosecutors say Lucio had a history of drug abuse and at times had lost custody of some of her 14 children.

More than half the members of the Texas Legislature had asked that her execution be halted. A bipartisan group of state lawmakers traveled this month to Gatesville, where the state houses female death row inmates, and prayed with Lucio.

One of those lawmakers, El Paso Democratic state Rep. Joe Moody, tweeted that he was relieved for Lucio. "A stay confirms what we've said all along: Melissa Lucio shouldn't be on death row," he wrote.

Five of the 12 jurors who sentenced Lucio and one alternate juror have questioned their decision and asked that she get a new trial.

Lucio's cause also has the backing of faith leaders and celebrities such as Kim Kardashian, and it was featured on HBO's "Last Week Tonight with John Oliver."

Former Dallas County prosecutor Russell Wilson is not associated with the case. He says the stay does not automatically mean there will be a new trial.

"There is still substantial work left in this case to determine whether or not there will be a new trial," he said. "The lower court just makes a recommendation, and it’s the court of criminal appeals that finally decide that issue."

While politicians and celebrities have spoken out about Lucio's alleged innocence, Wilson says the appeals court made their ruling based on new facts and not public pressure.

"Bring the science together. What we know now versus what we knew then," he said. "At the time of her case being tried, there was a lot more confidence placed in law enforcement. Over time, we’ve seen that confidence maybe was inaccurate. The techniques used were likely to produce inaccurate results. So that information for those cases have to be brought forward."

Lucio's lawyer also wants the Cameron County DA removed from the trial if there is a new case.