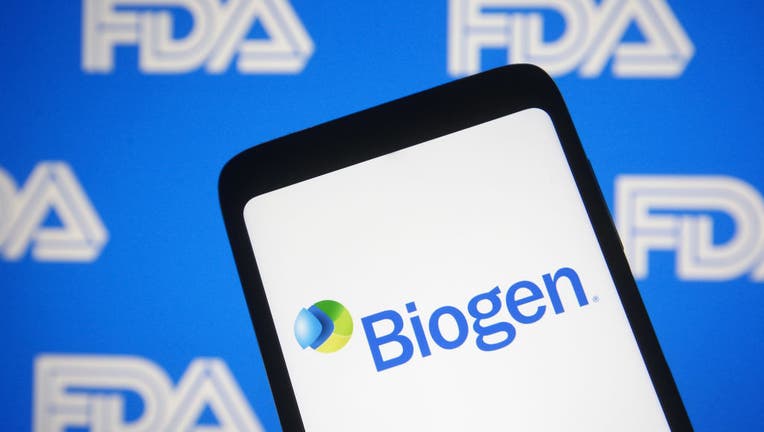 In this photo illustration the Biogen logo of a biotechnology company is seen on a smartphone with a Food and Drug Administration (FDA or USFDA) logo in the background. The U.S. FDA approves Biogen Alzheimer's drug, reportedly by media. (Photo Illust

Department of Health and Human Services Secretary Xavier Becerra announced Monday that he has ordered Medicare to "reassess" the agency's 2022 premium rate hike for Medicare Part B, citing Biogen's move to slash the price of its costly new Alzheimer's drug – which was blamed for a hefty portion of the premium increase that impacts tens of millions of Americans.

"Today I’m instructing the Centers for Medicare and Medicaid Services (CMS) to reassess the recommendation for the 2022 Medicare Part B premium, given the dramatic price change of the Alzheimer’s drug, Aduhelm," Becerra said in a statement. "With the 50% price drop of Aduhelm on January 1, there is a compelling basis for CMS to reexamine the previous recommendation."

A CMS spokesperson told FOX Business that the agency "is reviewing the Secretary's statement to determine next steps."

Medicare Part B premiums, which more than 50 million Americans pay, are rising by $21.60 per month this year, which is a 14.5% boost. Roughly half that amount, $11, was blamed on the agency covering the cost of Aduhelm, a controversial new drug that Biogen originally priced at $56,000 per patient annually following the drug's approval in June.

A combination of physical activity, not smoking, light alcohol consumption, a good diet and cognitive activities may help lower the risk of the disease by as much as 60 percent, a study found.

Biogen cut the price of Aduhelm by roughly half down to $28,200 at the first of the year, acknowledging that the price tag was a barrier keeping patients from obtaining prescriptions.

"Too many patients are not being offered the choice of Aduhelm due to financial considerations and are thus progressing beyond the point of benefiting from the first treatment to address an underlying pathology of Alzheimer’s disease," Biogen CEO Michel Vounatsos said in announcing the move, adding, "We recognize that this challenge must be addressed in a way that is perceived to be sustainable for the U.S. healthcare system."

A Biogen spokesperson told FOX Business on Monday, "We welcome HHS Secretary Becerra's announcement to re-evaluate the Medicare premium increase for 2022 given that we announced in December a reduced price for Aduhelm and provided greater clarity around what we believe the patient population for 2022 would look like with insurance coverage and access to diagnostics and specialized centers."

Critics faulted the Food and Drug Administration for approving Aduhelm last summer not only due the drug's eye-popping cost, but also due to ongoing questions over its effectiveness. Three outside advisors to the FDA resigned over the agency's approval of the drug, with one of them saying it was "the worst drug approval decision in recent history."

The Associated Press contributed to this report. Get updates on this story at FOXBusiness.com.