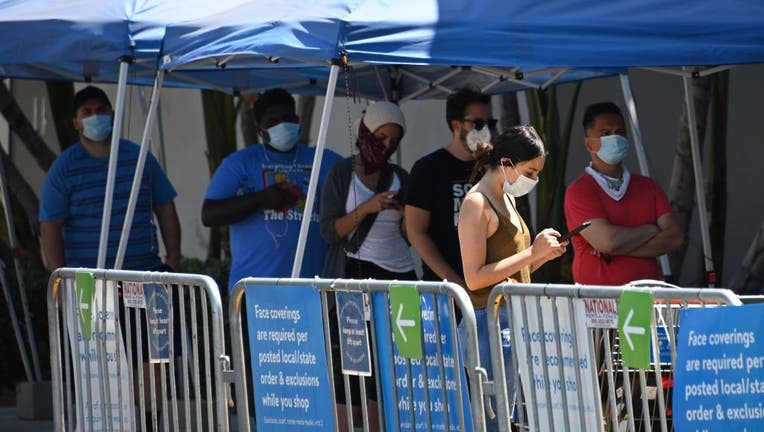 BURBANK, Calif. - Burbank officials have ordered the public to wear face coverings in certain areas of the city starting Oct.16, and those who violate the order may be issued citations and accompanying fines.

Burbank officials have ordered the public to wear face coverings in certain areas of the city starting Oct.16, and those who violate the order may be issued citations and accompanying fines.

Previously, Burbank officials focused on educating the public to get them to comply with face covering guidelines, but they have approved an order that will enforce the policy with citations. Those who are not wearing face coverings may receive a $100 fine for a first citation, $200 for a second citation, and $500 fine for all subsequent citations issued within a 12-month period, according to Sgt. Derek Green of the Burbank Police Department.

City officials have received numerous complaints about people not wearing masks in parks, on the Chandler Bikeway, in downtown Burbank and the Magnolia Park business district, and as a result, enforcement of the face covering order will focus on those areas, Green said.

"The Centers for Disease Control and Prevention (CDC) has affirmed that cloth face coverings are a critical tool in the fight against COVID-19, and that face coverings could reduce the spread of the disease, particularly when used universally within communities," Green said.

• Wear a face covering or pay up: Deputies to issue $300 citation for non-mask wearers in West Hollywood

Los Angles County requirements also apply within Burbank, but the newest order from the city requires people to wear face coverings over their mouth and nose when:

• outside on San Fernando Boulevard between Angeleno Avenue and Magnolia Boulevard, except when eating or drinking at an outdoor dining table;
• waiting in line outdoors on public or private property;
• on Chandler Bikeway as a pedestrian or cyclist stopped at any intersection;
• on Chandler Bikeway or in a city park walking within 10 feet of a non-household members, including when passing people walking the opposite direction; and
• riding on public transit or waiting at a bus stop or shelter.

Burbank officials have entered an agreement with Willdan Engineering, which will be responsible for issuing administrative citations with accompanying fines to those who do not wear a face covering where required.

"The Burbank Police Department will defer enforcement authority to representatives from Willdan Engineering.  Burbank  Police will assume a support role and respond to calls related to administrative face covering violations only when circumstances dictate the need for a police presence, or when it is suspected that a crime has been committed," Green said.