Marianne Williamson, a self-help author and spiritual guru, suspended her campaign for the 2020 Democratic presidential race.

WASHINGTON - Marianne Williamson, a 2020 Democratic presidential candidate, dropped out the race on Friday, making the announcement in a letter on her website.

The bestselling author’s letter, titled “With love and gratitude...” detailed her journey and campaign so far. Her letter also came just weeks before primary voting begins.

“I ran for president to help forge another direction for our country. I wanted to discuss things I felt needed to be discussed that otherwise were not. I feel that we have done that,” Williamson wrote.

During her campaign, the spiritual adviser notably called for a “Department of Peace.”

“I stayed in the race to take advantage of every possible effort to share our message. With caucuses and primaries now about to begin, however, we will not be able to garner enough votes in the election to elevate our conversation any more than it is now. The primaries might be tightly contested among the top contenders, and I don’t want to get in the way of a progressive candidate winning any of them,” she wrote. 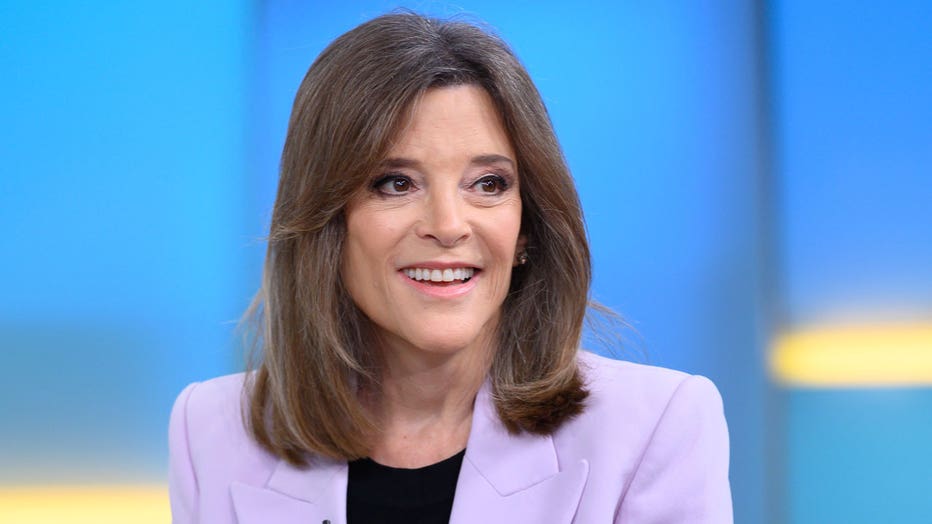 FILE: Marianne Williamson is shown in a file photo while she was on "Fox & Friends." (Photo by Noam Galai/Getty Images)

Williamson, 67, has barely registered in the polls and struggled in fundraising since launching her bid for president last January.

She laid off her entire campaign staff at the end of last year, but continued to appear at campaign events in Iowa and New Hampshire in recent weeks.

“As of today, therefore, I’m suspending my campaign,” she said.

Williamson wished all of the remaining Democratic candidates the best.

“To the remaining Democratic candidates, I wish you all my best on the road ahead. It was an honor being among you. Whichever one of you wins the nomination, I will be there with all my energy and in full support,” she wrote.

The self-help guru ended her letter on a positive note.

“Finally, these are not times to despair; they are simply times to rise up. Things are changing swiftly and dramatically in this country, and I have faith that something is awakening among us. A politics of conscience is still yet possible,” she wrote.