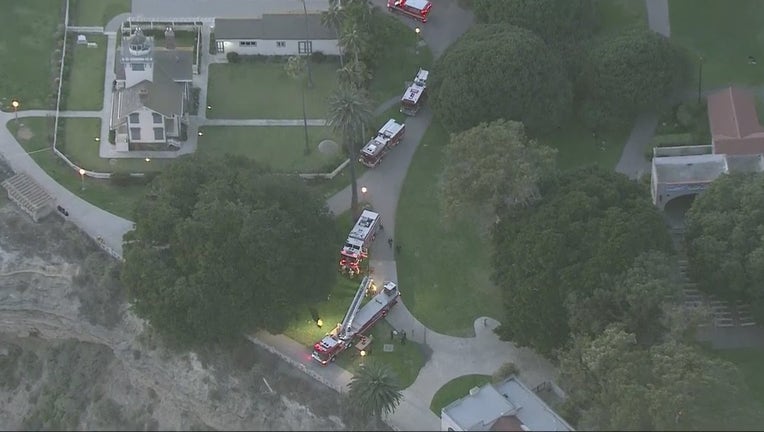 The Los Angeles Fire Department responded to a call in the 500 block of West Paseo Del Mar a little after 5:15 p.m. Upon arrival, firefighters found the bodies of a man and a woman.

Officials did not say how the two people died. The cause of their deaths remains under investigation.

Officials have not released the identities of the two deceased people.