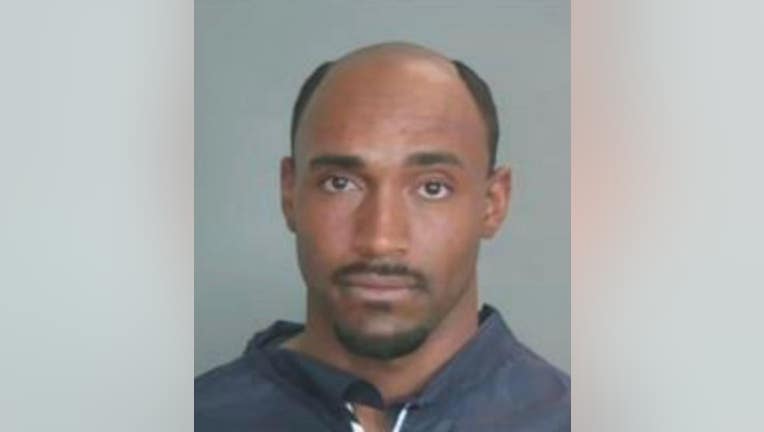 ANAHEIM, Calif. - A man who was caught on camera assaulting two people in Anaheim was arrested, police announced Saturday.

Anaheim Police say Ivory Julian Anderson Jr. assaulted two people in unprovoked attacks, one at a public library and another at a local Target store.

Police say on March 3, Anderson assaulted a library clerk at the Anaheim Central Library. The clerk walked across the library's main entry and was approached by the suspect. The suspect then stepped into the path of the victim and struck him.

Police say the clerk fell backwards and struck his head on the ground, causing him to lose consciousness. He suffered a laceration to the back of his head and was transported to the hospital in stable condition.

The incident was caught on security camera.

The search is on for a person accused of sucker-punching a library staff.

Anaheim Police say the suspect committed a similar crime just two hours before at a Target store on Euclid Street in Anaheim.

Police say a Target customer was standing near a cash register when Anderson forcibly shoved the victim for no apparent reason. The suspect then began chasing the victim around the store.

A man who assaulted a library employee in Anaheim maybe we involved in another attack at a local Target store.

On March 25, Anheim officers located the suspect in the area of Broadway and Manchester Ave. and took him into custody.

The suspect admitted to both the assault at the library and at the Target store. He was booked at the Orange County Jail for assault causing great bodily injury.