LOS ANGELES - An investigation was underway Friday in downtown Los Angeles after a man was reportedly shot at the Hayward Hotel. 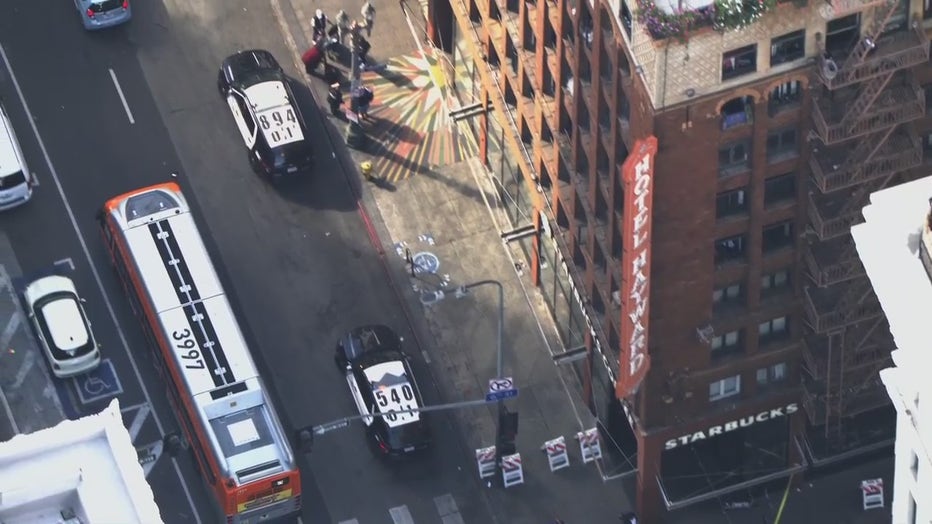 Officials with the Los Angeles Police Department said they received an assault with a deadly weapon call at 9:45 a.m.

When first responders arrived at the scene, the victim was conscious and breathing. The LAPD said the suspect used a handgun and was likely in the high-rise building as they continue looking for him.