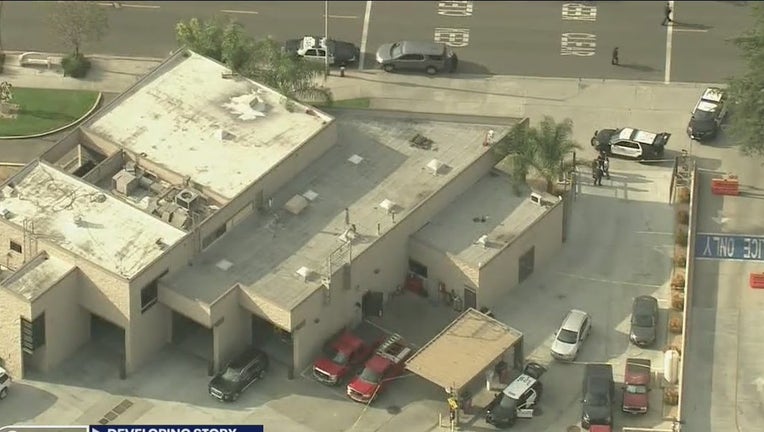 MONTEREY PARK, Calif. - An investigation was underway after a man was shot and killed outside the Monterey Park Police Department station and fire department headquarters on Monday evening, officials said.

According to Deputy Maria Lucero of the Sheriff’s Information Bureau, the shooting took place around 5 p.m. in the 300 block of Newmark Avenue, located near Barnes Park.

Officials said an officer was at the end of his shift and entered a secured parking lot when he was followed by the suspect’s vehicle.

"The suspect exited his vehicle, armed with a knife and charged the officer, then an officer-involved shooting occurred,'' Lucero said. "The suspect was struck multiple times in the upper torso."

Paramedics, who were already at the scene, attempted lifesaving efforts on the wounded suspect. He was taken to a local hospital where he died, authorities said.

His name has not been released.

The officer was not injured in the shooting.

Homicide detectives were canvassing evidence and were working to retrieve surveillance video footage.