Police have photos of two suspects and a vehicle in an alleged kidnapping in Pasadena earlier this week.

PASADENA, Calif. - A search is underway for a man believed to be kidnapped by two suspects in the Pasadena area.

According to the Los Angeles County Sheriff's Department, two male suspects got out of a 2008 silver Infiniti G-35 on Michillinda Avenue near Colorado Boulevard on Thursday.

The suspects approached a Hispanic-looking man, possibly in his 30s, walking on the side sidewalk. The suspects started attacking the man, knocking him out and then dragging him into the back seat of the Infiniti, LASD said. 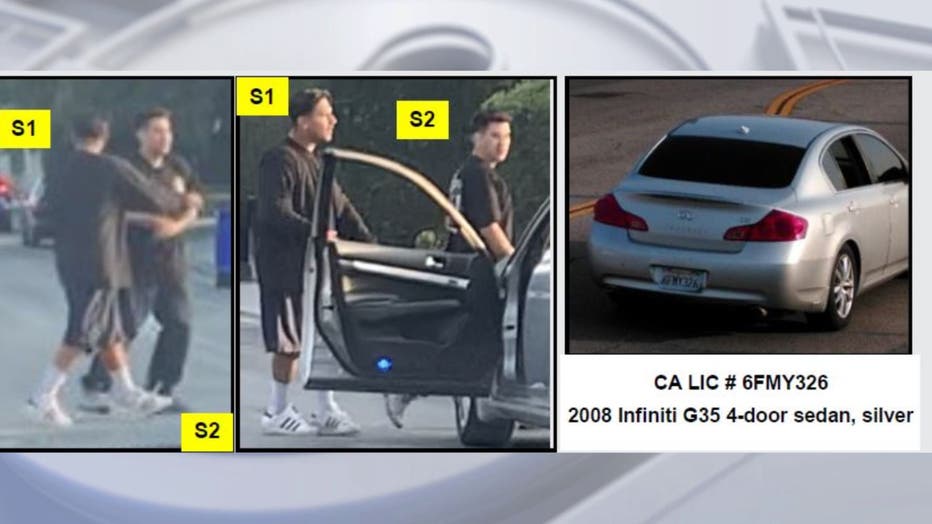 The suspects drove off from the scene, traveling south on Michillinda Avenue, LASD said.

The Pasadena kidnapping case comes just days after a family in Merced was at the center of a statewide search. Earlier in the week, 8-month-old Aroohi Dheri, her parents – 27-year-old Jasleen Kaur and 36-year-old Jasdeep Singh – and the baby's 39-year-old uncle Amandeep Singh were kidnapped.

All four missing family members were found dead Wednesday in a remote area. Two people were arrested following their deaths.

The four family members were taken from their business in Merced, a city of 86,000 people about 125 miles southeast of San Francisco in the San Joaquin Valley area. Their new business had opened just days earlier, family members said.