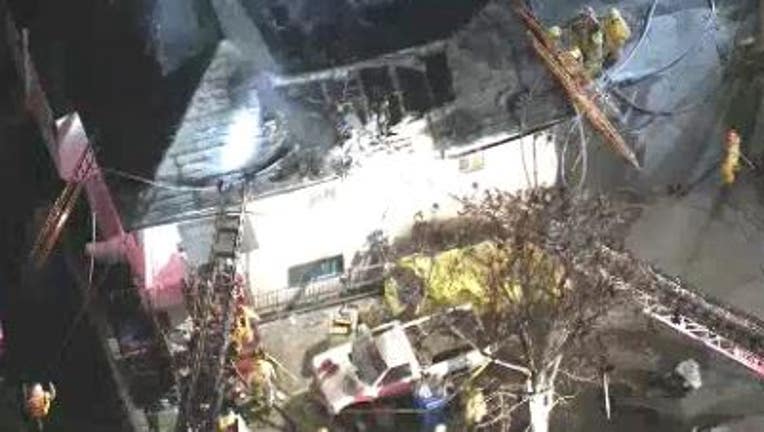 LOS ANGELES - A man sustained minor injuries on Tuesday night when he jumped from the second story of an apartment in the Westlake district to escape a fire, and a firefighter was also injured during post-fire operations.

The fire was reported about 6:30 p.m. near the intersection of Witmer and Second streets, near Beverly Boulevard, according to Brian Humphrey of the Los Angeles Fire Department.

Forty-two firefighters extinguished the fire in a second-floor unit and the attic of the two-story residential fourplex in about 30 minutes, Humphrey said.

A firefighter sustained moderate, non-life threatening injuries, including some bruising, in a fall during operations after the fire was extinguished, Humphrey said.

The firefighter will be taken to a hospital for evaluation and treatment.

The injured civilian who jumped from the second floor sustained minor injuries and was also being taken to a hospital for further evaluation, according to Humphrey.