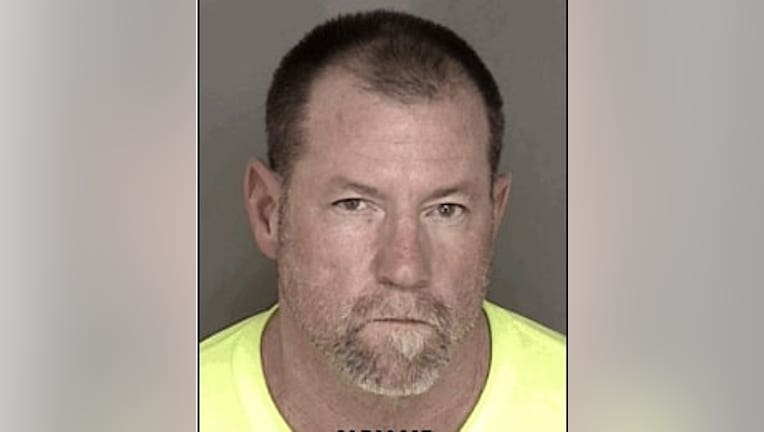 SALINAS, Calif. - A man who pleaded guilty to using a slingshot and glass marbles to randomly attack dozens of vehicles on two Northern California highways, shattering their windows and frightening drivers, was sentenced to 15 years in prison.

The California Highway Patrol investigated nearly 70 attacks that started in February 2019 and lasted until shortly before Lafferty's arrest on Jan. 22, 2020.

The attacks terrorized drivers on Highway 101 in the Prunedale area of Monterey County and on Highway 156 in neighboring San Benito County.

A Highway Patrol task force identified a pickup truck that they linked to several attacks, including one on two officers in a marked patrol vehicle who were responding to an earlier projectile incident. Neither officer was injured.

Investigators determined Lafferty attacked cars traveling in the opposite direction of his truck. No one was seriously injured, but six people, including a child, got minor cuts to their eyes, hands and arms, prosecutors said.

One of his victims addressed the court before the sentencing and others submitted letters describing the emotional impact of the attacks, prosecutor Matt L’Heureux told KSBW-TV.

"The victims who choose to address the court really wanted the judge to understand that it was a psychological impact — not only on them, but on their families, on people in the community who were just afraid during this period of time to go places that they needed to go, to see people that they needed to see because they didn’t know if this person was going to strike," L’Heureux said.

Lafferty did not address the court or victims Tuesday but thanked one victim who told Lafferty he forgave him for what he did, L’Heureux said.

After his arrest, Lafferty acknowledged to officers that he fired the marbles at unsuspecting drivers, but he never told them his motive, officials said.