A person was found shot to death in a parking lot near Rosie's Dog Beach in Long Beach.

LONG BEACH, Calif. - An investigation is underway in Long Beach after a man was found shot to death in a parking lot near Rosie’s Dog Beach late Tuesday night.

The shooting occurred around 10:30 p.m. in the Belmont Shore area. Long Beach police said the victim was pronounced dead at the scene after first responders arrived.

According to detectives, it appeared the victim was in the parking lot practicing a dance routine when a verbal argument broke out with a group of men. Police say the argument escalated into a physical altercation and one of the men fatally shot the victim.

All the suspects fled from the area. It is unknown how many suspects were involved.

Investigators said the shooting victim was found with at least one gunshot wound to his upper body near a silver sedan that had its side windows shot out. It is believed the silver sedan belonged to the victim. The silver sedan and a black sedan were towed away from the scene early Wednesday morning. 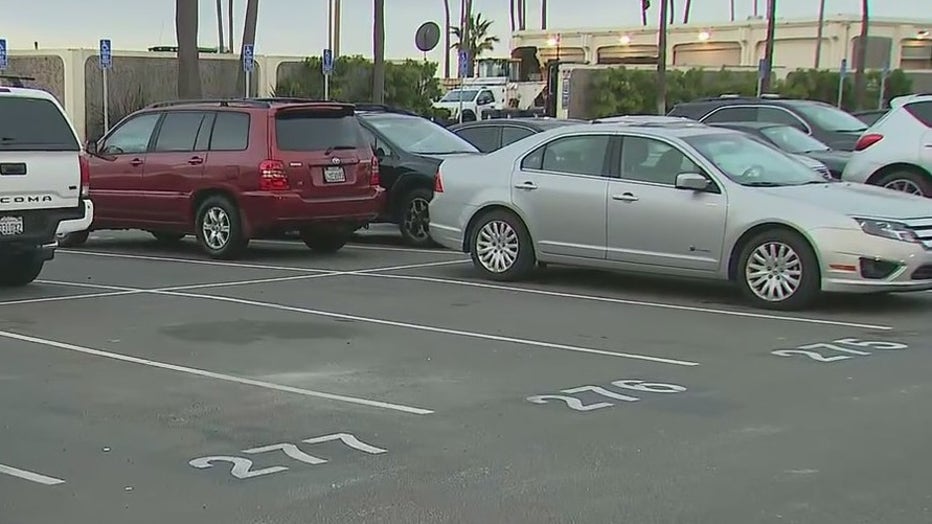 Witnesses said they saw four armed men leaving the scene in a white vehicle, but that has not been confirmed by officials.

The parking lot was supposed to be closed at the time of the shooting, which has been an issue according to residents in the area. Coastal residents say the parking lots have not been patrolled properly and attract criminal activity late at night.

No suspect information was available, and no arrests have been made.

Anyone with information is asked to contact Long Beach PD.