WEST HOLLYWOOD, Calif. - The Los Angeles County Sheriff’s Department was conducting a homicide investigation in West Hollywood on Friday after a 49-year-old man was beaten to death near the intersection of Melrose Avenue and La Cienega Boulevard.

LASD deputies were called to the scene just before 12:30 a.m. after reports of a fight near the popular rooftop bar and restaurant E.P.& L.P. 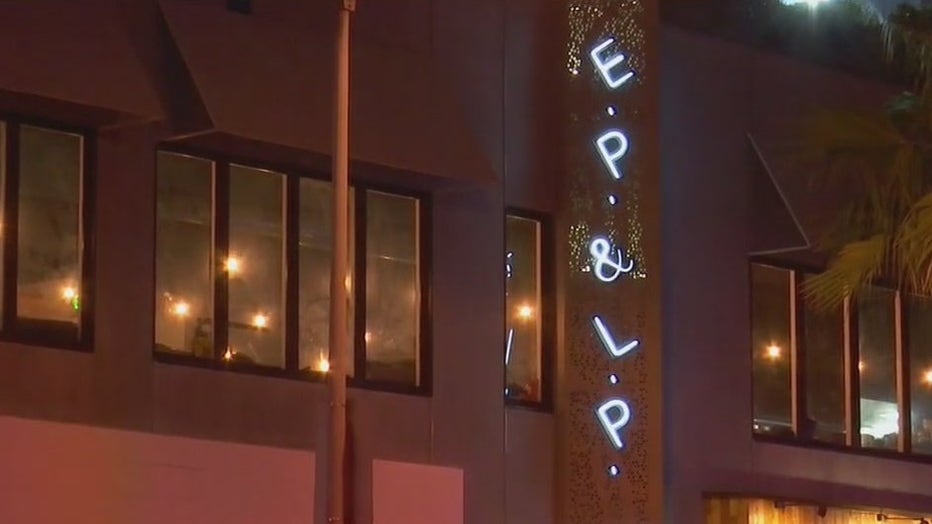 Before deputies arrived, officers with the Los Angeles Police Department were flagged down regarding a person down on the street where offices found a man unresponsive in a crosswalk on the northwest corner of the intersection. Officials said the victim appeared to have suffered blunt force trauma.

"It looks like our victim fell to the ground and then was stomped or kicked repeatedly in the head by our suspect," said LASD Lt. Derrick Alfred.

LA County firefighters attempted to revive the victim. However, he was pronounced dead inside the ambulance before they were able to take him to a local hospital, officials said.

Sheriff’s investigators said before LAPD officers were flagged down, the victim was assaulted by a man and a woman.

The Los Angeles County Sheriff's Department was conducting a homicide investigation in West Hollywood on the morning of Feb. 12.

Authorities said the suspects and the victim were all patrons at E.P. & L.P. prior to the deadly assault, but the circumstances leading up to the attack remain unclear.

Video taken at the scene shows the victim, who witnesses said was a regular at the bar, appeared to be breaking up a fight between his friends and another group.

"We have a lot of video to review we know that there were some people who may have captured this incident in their cell phone video. There’s clearly — we’ve been able to identify a lot of these businesses around here have a lot of high-quality video," said Lt. Alfred.

A detailed description of the two suspects who ran from the scene was not available.

The victim's name has not been released.

Detectives feel confident they’re going to be able to piece together everything that happened because of the sheer number of surveillance cameras in this area.

Anyone with information is asked to contact the LASD.