MALIBU, CA (FOX 11) - Video posted to Twitter shows the rescue of a man who fell from a helicopter into the ocean near Malibu Surfrider Beach on Saturday afternoon.

Witnesses who were on the beach didn't see the fall, but caught the aftermath.

"A lifeguard took off down the beach in his truck and then that helicopter continued to circle," witness, Rand Jordan said. "That private helicopter actually touched down on the beach and next thing we know is that we hear ambulance and paramedics coming down PCH."

Witnesses watched lifeguards rescue the man from the ocean and take him over to Malibu Pier, but paramedics couldn't revive him and he was pronounced dead.

Los Angeles County Sheriff's Homicide detectives responded, but officials haven't confirmed whether or not the man fell or jumped out of the helicopter

Malibu City Councilmen Jefferson Wagner, who was on scene, believed the jump was intentional.

"An elderly gentleman he did have a wristband on that looked like a hospital wristband, I was here on the retrieval," Wagner said.

Officials said the man was a passenger in a private helicopter.

Witnesses said after he fell the pilot of the 2-seater chopper appeared to circle back looking for the passenger.

"They were doing circles, going low, going high, going up and down the coast, kind of like looked panicked," witness, Joseph Peacock, witness said.

Officials said the helicopter, which initially took off from Hawthorne, eventually returned to Santa Monica Airport.

"I think they have a statement from the pilot that said he had nothing to do it," Wagner said. "The aircraft was in good operating condition and did report in correctly right after the incident." 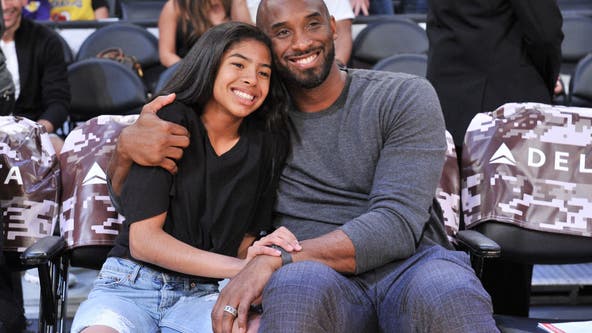