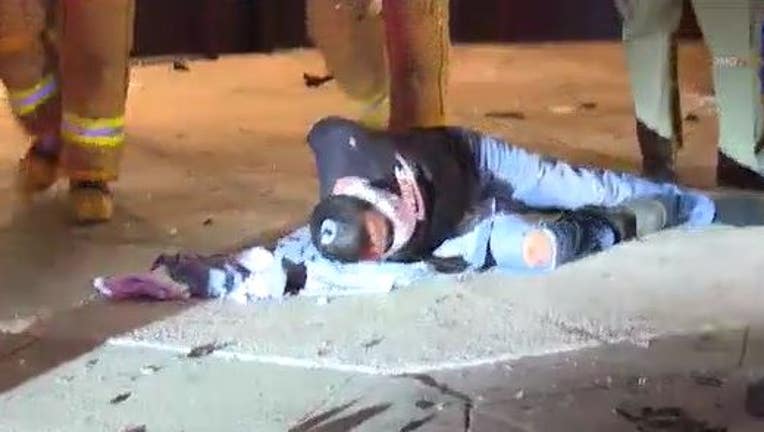 LOS ANGELES - A man is facing vehicular manslaughter, assault and DUI charges for leading deputies on a pursuit that ended with a fiery crash in the Fairfax District that killed a chef on his way home from work.

Alex Lopez, 28, pleaded not guilty Thursday to one count each of gross vehicular manslaughter while intoxicated, assault on a peace officer and fleeing a pursuing peace officer's vehicle and two counts of DUI causing injury, according to the Los Angeles County District Attorney's Office.

The crash occurred around 10:30 p.m. Tuesday near Fairfax Avenue and Third Street when the driver of a silver sedan being chased by deputies crashed into a blue SUV that ended up on a sidewalk, pinned between a tree and a building, killing Jeeves Tangonan, 37, of Los Angeles. 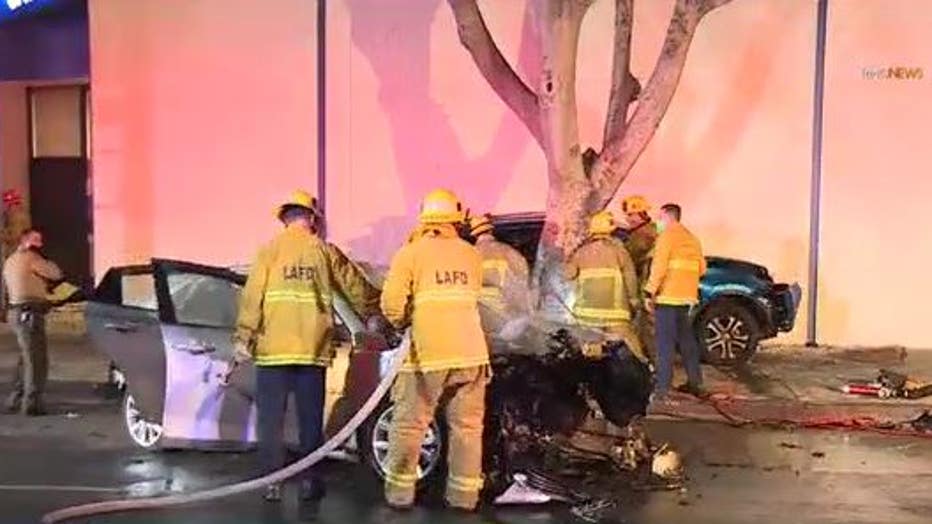 Earlier this week, Sheriff Alex Villanueva said a deputy had pulled the suspect over for a traffic stop, and that the suspect was believed to be under the influence of alcohol or drugs.

The defendant, who was driving a gray Chevrolet Malibu, had been "lane straddling and driving without headlights on during time of darkness,'' according to a sheriff's department statement.

"The person stopped and the deputy got out of his vehicle, made contact with the driver,'' Villanueva said. "Then the driver struck the (deputy's) vehicle and drove away and fled the scene. That's where the pursuit initiated. And sadly when the suspect fled ... later on down the road there was a fatal traffic (collision).

The victim was identified by family members as 37-year-old Jeeves Tangonan. He was a chef at a West Hollywood hotel and was on his way home when the collision happened.

A family is in mourning&nbsp;after their loved one was killed when a pursuit came to a fiery end&nbsp;in the Fairfax District near The Grove late Tuesday night, the Los Angeles County Sheriff’s Department said. The victim was identified by family members as 37-year-old&nbsp;Jeeves Tangonan.&nbsp;

Tangonan’s vehicle was stuck between a tree and the wall of a Citi Bank. Firefighters attempted to pull him out of the vehicle through the passenger side and again through the roof. Officials said he was pronounced dead at the scene.

The deputy who was involved in the initial traffic stop was taken to a hospital for treatment of non-life-threatening injuries, as was the suspect, the sheriff's department reported.

Lopez is jailed in lieu of $205,000 bail while awaiting his next court appearance April 29.