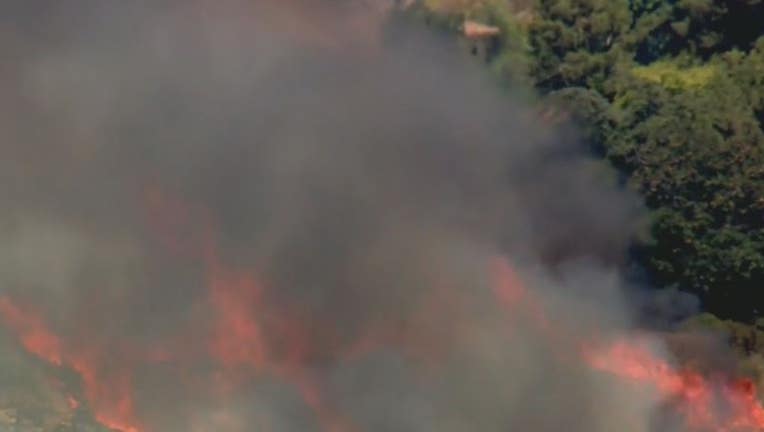 SUNLAND, Calif. - A man detained for questioning in a 20-acre brush fire in the Sunland area has been arrested, authorities said Saturday.

No further information was released about the suspect, but the investigation remains ongoing, according to the Los Angeles Fire Department.

The fire was reported at 1:09 p.m. Friday in the 8100 block of West Ellenbogen Street, and burned at moderate speed in 10 mph winds. Crews put in place a structural defense on Rhodesia Avenue to protect homes, but no evacuations were ordered, the department said.

Firefighters stopped the fire's progress at about 3:15 p.m., and no injuries or structure damage were reported.

Early Saturday, firefighters handled a brief a flare-up that burned through two acres near 8112 W. Ellenbogen St., according to Margaret Stewart of the LAFD.