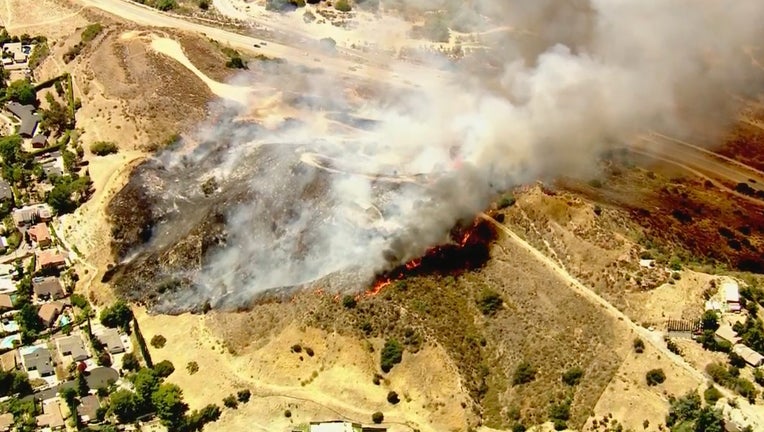 The fire was reported at 1:09 p.m. in the 8100 block of West Ellenbogen Street, and was burning at moderate speed in 10 mph winds, according to the Los Angeles Fire Department.

The fire burned roughly 10 acres. Terrain helped slow the fire's progress, but authorities warned that a change in the wind could make the fire spread
faster. 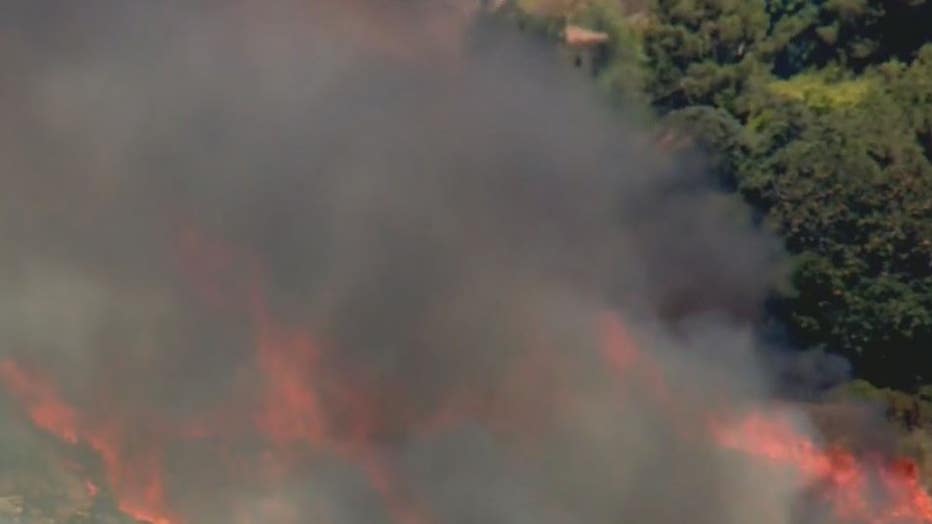 Crews put in place a structural defense on Rhodesia Avenue to protect homes, but no evacuations were ordered, the department said.

A man was detained for questioning in connection with the fire, but the Los Angeles Fire Department said there is “no confirmation at this time of
this being a suspicious start."

Firefighters stopped the fire's progress about 3:15 p.m., and no injuries or structure damage were reported.