LOS ANGELES - A 44-year-old man accused of being along for the ride in a crime spree that left three people dead in a string of convenience store and fast food robberies across the Southland was ordered to stand trial Monday for four heists.

Jason Lamont Payne is charged with four felony counts of robbery, with sentencing enhancements for a gun used in the commission of the robberies.

Co-defendant Malik Donyae Patt is not due in court again until Jan. 20. The two will be tried separately.

New details of the deadly holdups, which included a string of July 11 robberies at 7-Eleven stores, emerged in Payne's preliminary hearing.

Payne, who previously worked for Door Dash, operated a delivery service and would have Patt drive him around because Payne had a significant marijuana habit, according to the testimony. Payne would deliver catered food, flowers and medication, among other goods, the detective said. 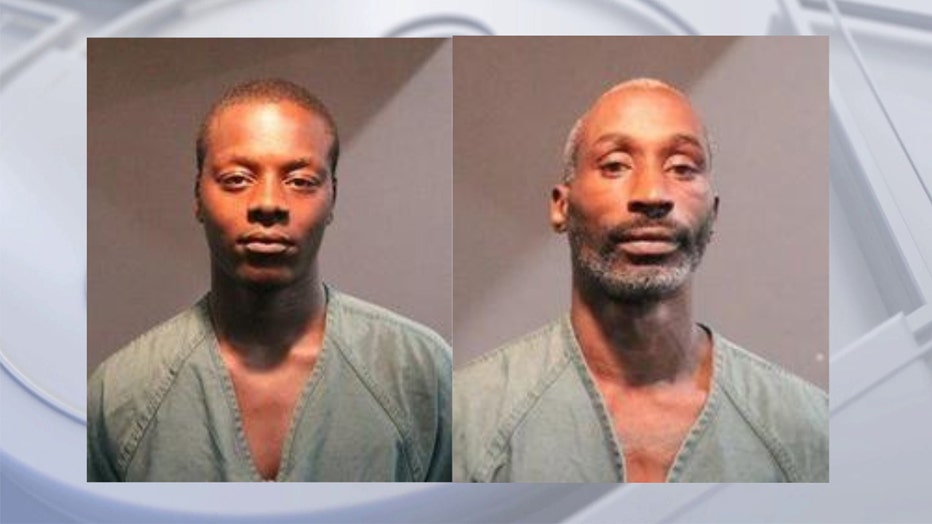 The two drove around in a black BMW that Payne's mother co-signed for on the loan. Payne said the only time Patt drove it alone was when he borrowed it on July 6.

Payne told Moroyoqui and his partner in about 90 minutes of questioning that he was often "sleepy" as Patt drove them around for delivery jobs.

One time when Payne woke up to see Patt had left him alone, Payne asked Patt when he returned to the BMW what he was doing, Patt said he was "getting money," Moroyoqui testified.

Payne told the detectives he understood that meant Patt had pulled a robbery, Moroyoqui testified. But Payne insisted he knew nothing about the shootings and that he would not tolerate it, the detective testified.

Patt told the detectives to "keep my uncle out of it," Moroyoqui said, referring to Patt's affectionate term for Payne, though the two are not related.

"He didn't have anything to do with it," Patt allegedly told the detectives, Moroyoqui testified.

Under questioning from Payne's attorney, Tracy Lesage, Moroyoqui acknowledged that Patt said, "It's all me" during questioning.

"I am not lying — I am dead-ass serious," Patt allegedly told the detectives, Moroyoqui testified. "You told me to be honest and I'm being honest," he allegedly added.

Payne allegedly told the detectives, "After I do my job I go straight to sleep," Moroyoqui testified.

"I'm not doing nothing — I don't even know what was going on," Payne allegedly told the detectives, Moroyoqui testified.

When asked about his level of marijuana consumption, Payne said he smoked "more than Snoop Dogg," the rapper, Moroyoqui testified.

Orange County District Attorney Todd Spitzer vowed to get justice for the victims in the deadly 7-Eleven crime spree. This comes as the DA announced the arrests of the two suspects wanted in connection to the recent string of robberies.

"That's why he was so sleepy — and that's why Mr. Patt drove," Moroyoqui testified.

"He buys the good stuff... He goes to the medical shop. He told you that?" Lesage asked.

Payne added, "I sleep all the time... Because I work a lot," according to Moroyoqui.

Payne also allegedly told the detectives, "If he was doing that stuff I didn't get nothing," Moroyoqui testified.

The detective also testified that Patt was aware of the heavy news coverage of the shootings and that he even knew one of the names of the victims from news reports, Senior Deputy District Attorney Mena Guirguis said during questioning. Patt also allegedly told the detectives that he burned a sweater he was seen wearing in surveillance video stills disseminated by the media, Guirguis said.

Brea police Officer Brian McDuffy testified that he took part in surveillance of the two suspects for three days following the shootings. McDuffy said at one point he followed them into a Big 5 Sporting Goods store in Inglewood, where he saw them attempting to buy 9-mm ammunition.

The clerk later told McDuffy that he informed them they needed some documentation to complete the purchases, and they said they would be back later with it, McDuffy testified.

Payne was at one end of a counter while Patt was at the other end, mostly speaking with the clerk, McDuffy testified.

Payne was being held accountable under a legal theory of aiding and abetting Patt. Even if he was unaware his co-defendant was armed, Payne can still be held liable for the weapon used in the robberies, Guirguis told Cassidy.

Payne was scheduled to be arraigned Oct. 25 in the Central Justice Center in Santa Ana. Payne is charged in connection with robberies in Santa Ana, La Habra and Brea.

Patt is charged with three counts of murder, two counts of attempted murder, three counts of robbery and a count of carjacking while armed. The charges against Patt include special circumstance allegations of multiple murders and murder in the commission of a robbery. The case also includes various sentencing enhancements for personal use or discharge of a handgun.

Patt faces a possible death sentence, if prosecutors opt to pursue it. At a minimum, he would face life in prison without the possibility of parole if convicted at trial.

The crime spree allegedly began July 9 with the killing of a homeless man in the 16100 block of Parthenia Street, near Woodley Avenue, in North Hills. That killing happened about 200 yards from a 7-Eleven store that was robbed later that day.

Authorities said the 7-Eleven crime spree occurred July 11 — or 7-11 — beginning in Ontario. Police said just after midnight, the 7-Eleven at 636 N. Vine Ave. was robbed. The suspect held up the store with a handgun, but no shots were fired and no one was injured.

At 1:50 a.m., the 7-Eleven store at 5102 La Sierra Ave. in Riverside was robbed by a gunman. That robbery escalated, with the suspect shooting a customer, who was hospitalized.

Officers found Rule in the parking lot with a gunshot wound to the upper body, Santa Ana Police Department Sgt. Maria Lopez said. The victim was pronounced dead at the scene.

Santa Ana Police Department Chief David Valentin said Rule was not the primary target of the shooter. The gunman was targeting someone else, but Rule "stepped in" to "redirect" the robber and was shot, Valentin said.

Brea police said they responded at 4:17 a.m. to the 7-Eleven store at 109 W. Lambert Road and found a male store clerk fatally shot in what officers determined to be a robbery. The clerk was later identified as 40-year-old Matthew Hirsch, who died at the scene, police said.

About a half-hour later, the 7-Eleven store at 381 E. Whittier Blvd. in La Habra was robbed, and two people were shot, according to Sgt. Eric Roy of the La Habra Police Department. Both victims were taken to a hospital and survived. Police said the victims were a clerk and a customer.

Based on surveillance images, police said they were able to link the same suspect to all of the heists.

The robberies that occurred in Ontario and Upland will be prosecuted in San Bernardino County.