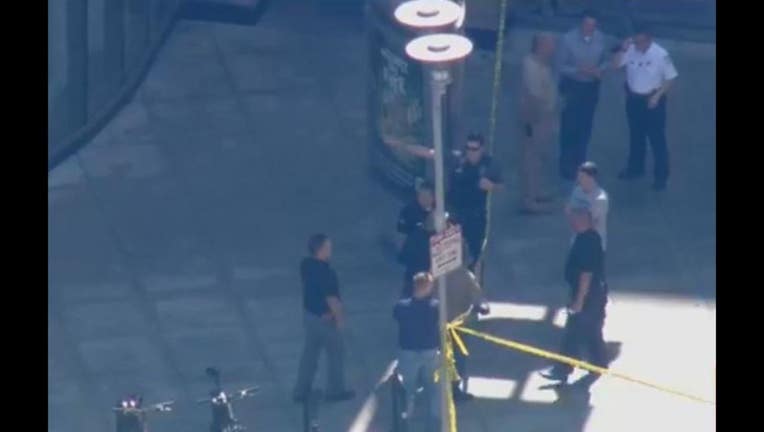 HOLLYWOOD (CNS) - A man was in custody Wednesday on suspicion of attempted murder stemming from the shooting of rap artist Young Dolph in the heart of the Hollywood tourist district.

Young Dolph, whose real name is Adolph Thornton Jr., was shot around 1:15 p.m. Tuesday outside the Loews Hollywood Hotel in the 1700 block of North Highland Avenue, just north of Hollywood Boulevard. Police said the 32-year-old rapper got into a fight with three people and was thrown to the ground, when one of the three people pulled out a gun and shot the rap artist multiple times.

Los Angeles police confirmed Wednesday that a suspect had been arrested, although further details were not immediately released. He was identified by the Los Angeles Times as Corey McClendon.

It was not immediately clear if McClendon, who was arrested Tuesday, is the suspected gunman. Police on Tuesday initially said a person had only been detained for questioning, but they confirmed the arrest Wednesday.

Thornton, who ran into a shoe store after the shooting, remained hospitalized in critical condition, but police said he is expected to survive.

Various media outlets have suggested that the shooting may have been the result of an ongoing feud between Young Dolph and fellow Memphis rapper Yo Gotti. That feud contributed to an outbreak of violence earlier this year in Charlotte, North Carolina, where Thornton's SUV was riddled with bullets.

It was not immediately known if there is any connection between Yo Gotti and McClendon.

TMZ reported that Yo Gotti and his entourage were staying at the Loews hotel.

Young Dolph was scheduled to perform in South Los Angeles on Thursday.