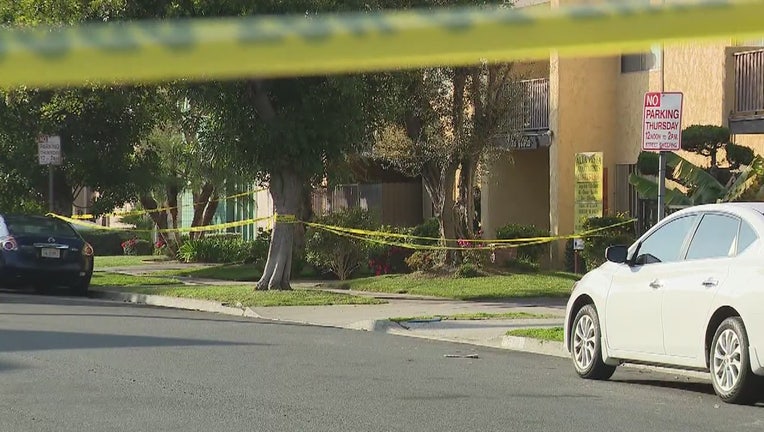 GARDENA, Calif. - A 46-year-old man was shot dead early Saturday morning behind the security gate of his apartment complex in Gardena, a police lieutenant said.

Officers initially responded at 12:34 a.m. to the 1300 block of Marine Avenue regarding gunshots heard in the area, Gardena Police Lt. Christopher Cuff said.

They did not locate any gunshot victims or any signs of a shooting. Approximately one hour later at 1:35 a.m., police received a call in the 15100 block of Raymond Avenue of a gunshot victim in the hallway of an apartment building, Cuff said.

Kenneth Onyebuchi Onah was shot in the abdomen and paramedics pronounced him dead at the scene, he said.

"Preliminary, it appears that the shooting occurred behind the security gate of the apartment complex where Onah lived," he said.

Gardena police detectives asked anyone with information regarding the shooting to call them at 310-217-9653.