Around 2 p.m., authorities said they were actively investigating a theft at the luxury goods store in the 200 block of North Rodeo Drive.

Video obtained by FOX 11 shows one of the suspects being taken down by officers before his arrest.

A cell phone video captured by a witness shows one of the suspects getting taken into custody. 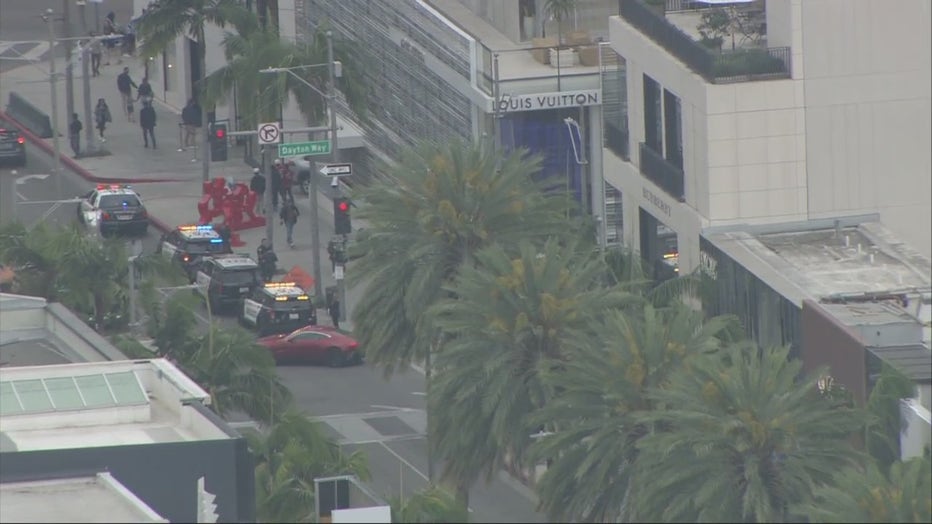 Officials said it was the second time this week that perpetrators targeted the same stretch of Rodeo Drive.

On Monday, authorities said several suspects hit the Fendi store, assaulting a security guard in the process. The victims sped off in a getaway car but were caught Tuesday after a short pursuit.

Just last week, a brazen smash-and-grab robbery was caught on video. The thieves got away with millions of dollars worth of high-end jewelry at a store on South Beverly Drive.

The brazen crimes are top of mind for retailers and store managers who recently met with police to work on prevention measures and solutions.

A source says one major concern is that store managers often choose not to press charges for theft.

David Benveniste grew up in Beverly Hills and says he can’t believe what’s going on in the community.

"Watching this city and what’s happened to this city…it’s horrible because these people come in, and then they know no matter what they do, they’re going to be slapped on the hand and released to do it again the next day."