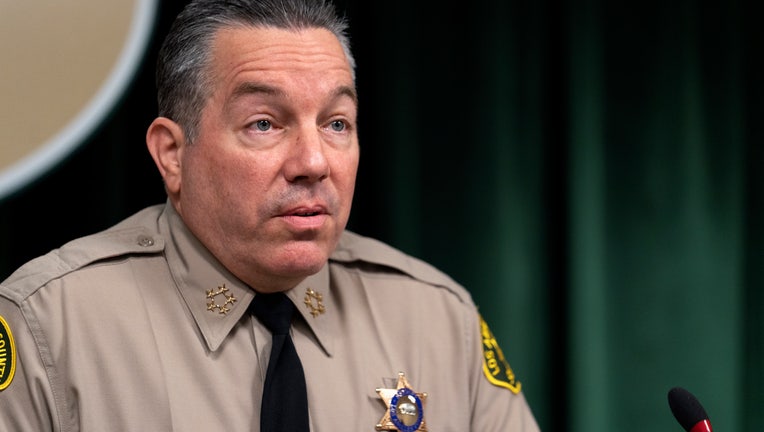 Villanueva said both violent and property crime have dropped by more than 6% during the pandemic, although homicides are up more than 12%. Reports of rape, meanwhile, are down by nearly one-third.

The sheriff said the drop in rape reports does not necessarily mean the number of actual crimes is dropping, but merely that the reporting has been reduced.

Similarly, reports of child abuse are significantly down, meaning that children are likely stuck at home with their abuser rather than going out to places where other adults might be able to identify possible signs of abuse, he said.

Villanueva said having deputies check in on homes where abuse is thought to occur could save a child's life, saying the knock on the door could be enough to keep a child from harm.

To that end, Villanueva again decried the county's cuts to his budget, saying the $400 million shortfall will jeopardize public safety. He again insisted his department is the most understaffed sheriff's department in the country, and that a 10% budget shortfall would have dangerous ramifications during the coronavirus pandemic.

He also expressed unease about inmates being released from the jail system to keep them safe from disease.