A rally in downtown Los Angeles Monday called for the closure of the Men's Central Jail downtown and for full funding for 'Measure J.'

LOS ANGELES - A rally in downtown Los Angeles Monday called for the closure of the Men's Central Jail downtown and for full funding for 'Measure J.'

Measure J, the proposal approved by voters in November, required 10% of locally generated, unrestricted county funds, to be spent on a variety of social services including mental health treatment, and investments in communities harmed by racism.

The county is prohibited from using the money on prisons, jails or law enforcement and it was estimated to be around $360 million to $900 million.

"Last November, community members, 2.7 million people voted for Measure J. This is a measure that's going to secure 10 percent of the county's discretionary funds for alternatives to incarceration. We're saying we're at a time when we have to close Men's Central Jail. We're at a time when people with mental health challenges are languishing in our jails for months and months and months. This is one star in the constellation of justice that we're trying to build that looks at our budget and says we have to allocate hundreds more million dollars into Measure J and we have to close Men's Central Jail," said Mark-Anthony Clayton-Johnson of Frontline Wellness Net and Justice LA. 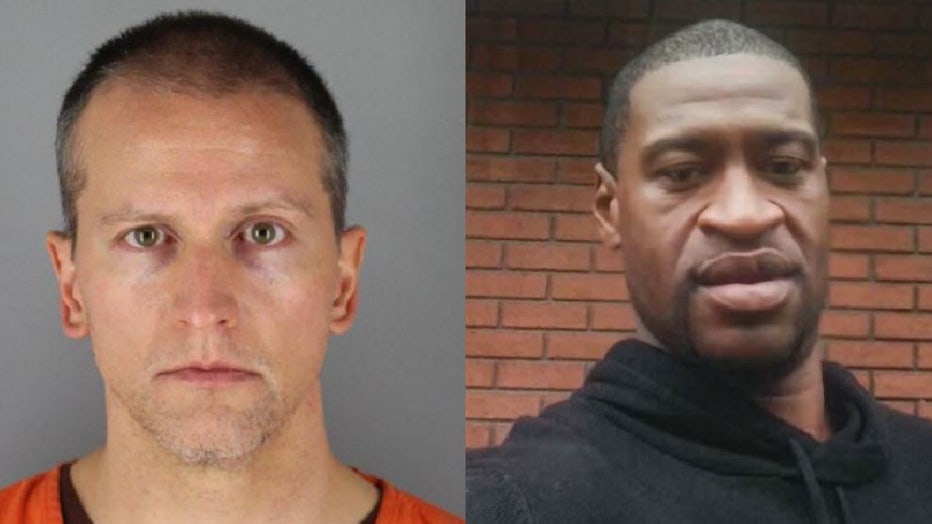 "Today [Monday] is also the start of the Derek Chauvin trial. We know that we've been saying for the last year that Derek Chauvin took 8 minutes and 46 seconds to steal the life of George Floyd," said Melina Abdullah, the co-founder of Black Lives Matter Los Angeles.

Abdullah said the issues addressed in the rally are central issues within the Chauvin trial too.

Abdullah said organizers are watching the trial with caution.

"We're demanding justice, but we're also preparing ourselves in case we don't get it. We've seen the court system. We've seen the criminal legal system do tremendous injustice, especially to Black people. We have to make sure that we stay organized because there may be another required uprising if the outcome isn't what it needs to be," she said.

The downtown rally started at the Kenneth Hahn Hall of Justice and ended at the Men's Central Jail where there was a large Los Angeles County Sheriff's Department presence.