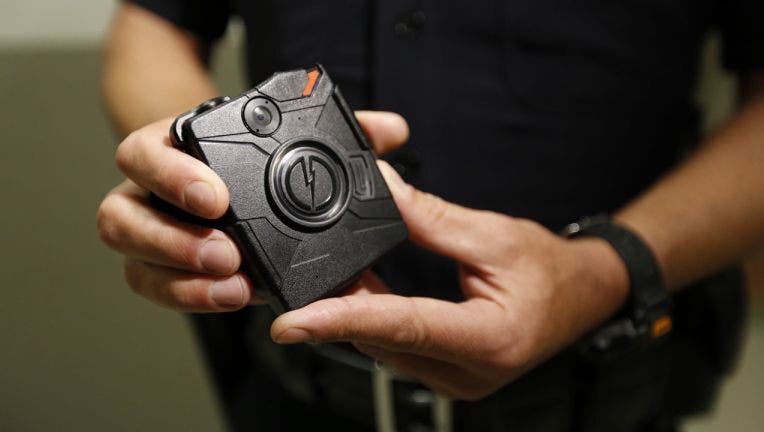 "This was a 20-month battle since the very first week I took office to get this program up and running, and it is very important to transparency (and) my commitment to reform the department," Villanueva said.

"In today's climate, where everyone is doubting the product of law enforcement, I can say honestly, that with the body-worn cameras, the public themselves can see that what deputies are saying and doing in the field matches what they're seeing on video. That has been the experience of all agencies with body-worn cameras, because by and large, deputies, police officers everywhere are doing the right thing for the right reasons, and sometimes under very trying circumstances, dangerous circumstances, where lives are at stake.''

Villanueva said the agreement with Axon was reached late Tuesday, and that cameras would be rolled out beginning Oct. 1 at an initial group of five stations: Lancaster, Century, Lakewood, Industry and West Hollywood.

"This is a big step forward for transparency for the Sheriff's Department and for the community as well," Villanueva said, adding that he thought it would help restore any "loss of trust that any members of the community may experience with the sheriff's department."

In June, the Office of Inspector General announced that the LASD would roll out the cameras at the end of the third quarter -- five years after the LAPD initiated its own program.

"LASD has lagged far behind other major police agencies in the incorporation of video technology as a means for police supervision and public accountability," a report by Inspector General Max Huntsman stated. "This step forward, slow as it is, is historic."

The sheriff has blamed his predecessors and the Board of Supervisors for the delay, saying in June that body cameras have been his priority since day one.

"The previous administration had five years ... of wasted time, wasted opportunities and four different plans, four different studies and nothing ever came to fruition,'' the sheriff said. "Within that first week, we had a plan ... it was delivered to the board in December of 2018, and this is where the wheels fall off the wagon."

Yet another study was requested, he said, accusing the board of intentionally dragging its feet to prohibit him from getting a "win." The board and the sheriff have wrangled in court and elsewhere over a host of issues, including rehiring deputies terminated for misconduct and failing to turn over documents requested by the OIG.

A pilot program for the Sheriff's Department was launched in 2014, but plans for a broader roll-out seemed to stall under the weight of questions about when and how to release recordings to deputies and the public, as well as how to pay for storing and managing extensive amounts of data.