A group of suspects is in custody after leading deputies on a chase across Los Angeles County.

LOS ANGELES COUNTY, Calif. - A group of suspects who may be connected to a murder investigation is in custody after leading deputies on a chase across Los Angeles County.

SkyFOX was over a heavy deputy presence in Long Beach where the Los Angeles County Sheriff's Department was placing multiple suspects inside a pickup truck in custody.

The chase suspects may be connected to an ongoing murder investigation. Officials did not say which murder the suspects are wanted in connection to.

The chase suspects traveled back and forth between Norwalk and Cerritos before stopping the pickup truck and surrendering to deputies in Long Beach. 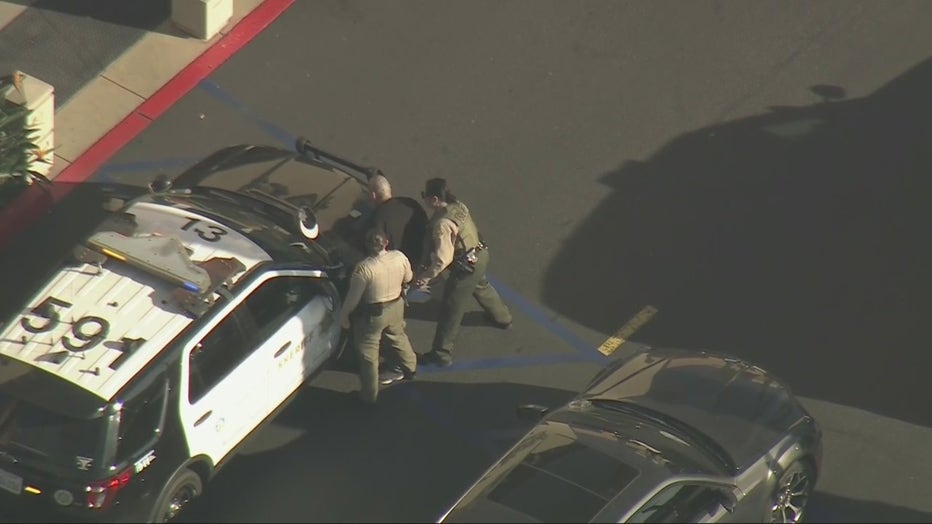