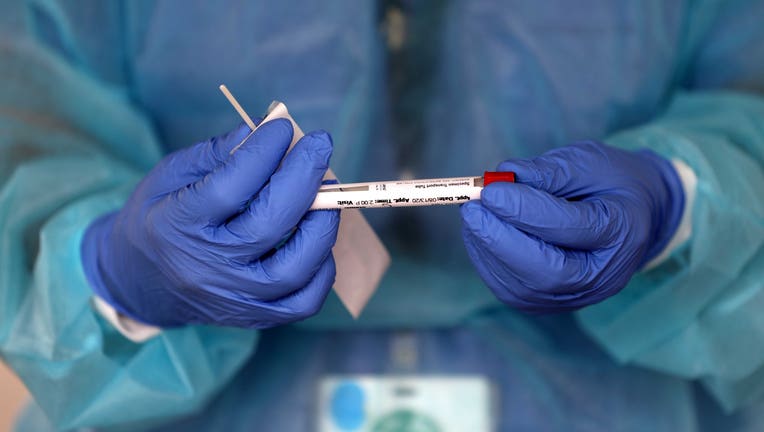 LOS ANGELES - Los Angeles County continues to see an upward surge in COVID-19 cases, with the daily number of new cases rising to levels not seen since a mid-summer spike.

And the upcoming winter holiday season is leading to fears that extended gatherings among family and friends could exacerbate matters further.

Although the county had not officially released its daily case numbers as of early Thursday afternoon, Dr. Paul Simon, chief science officer for the county Department of Public Health, said the number of newly confirmed cases was expected to be about 2,065.

Simon said the number was the highest seen since a summer spike in cases that began several weeks after the Fourth of July holiday.

"Again, it's not a rapid increase, but it's been kind of a slow,steady increase,'' he said.

The county on Wednesday reported 1,843 new cases of COVID-19, saying that figure was the highest seen since late August, outside of sporadically higher reports that involved backlogs of testing results.

Echoing concerns expressed by local health officials over the past few weeks, Simon noted that Los Angeles County's recent rise in case numbers is likely due in large part to residents gathering with people outside their own households, either at private get-togethers or at restaurants.

He said the county has no immediate plans to implement any sweeping shutdowns or other restrictions, but health officials will be watching the
numbers closely.

Health officials say those numbers could rise with the colder months as more people stay indoors and with the holidays fast approaching more people are planning to have family gatherings.

FOX 11’s Hailey Winslow spoke to one family who lost their grandmother following a birthday party.

Pierre St. Julian had a 16th birthday party in July. Only 10 people were in attendance and all were family members. But following the party, all but two people got COVID-19 and his 57-year-old grandmother passed away.

“What we didn’t do was wear a mask there with others. They’re family but we didn’t have our masks on. And now what we learned and wished we would have done, and maybe my mother-in-law would have been here today, if we just all wore our masks,” said Colette Griffin-St. Julian.

The family says the grandmother had breast cancer but it was under control until she got COVID-19.

Meanwhile, the hospitalization number topped 800 on Wednesday for the first time since September, although the count is still down from the peak of more than 2,000 daily hospitalizations in July.