The Los Angeles County Board of Supervisors voted Tuesday, without fanfare or discussion, to prohibit homeless encampments in very high fire hazard zones in unincorporated areas of the county.

LOS ANGELES COUNTY, Calif. - The Los Angeles County Board of Supervisors voted Tuesday, without fanfare or discussion, to prohibit homeless encampments in very high fire hazard zones in unincorporated areas of the county.

The motion by Supervisors Sheila Kuehl and Kathryn Barger was approved along with dozens of other items not held for discussion by the board.

"As climate change extends and exacerbates our local fire season, particular areas of the unincorporated county pose too much risk of harm or loss of life for residents, people experiencing homelessness, outreach teams and first responders to allow encampments to remain," the motion stated. "As we enter what may be the most devastating fire season on record, it's important that we move with urgency to reduce the risk of occurrence and spread."

In addition to establishing the ban, the board directed the county fire department and sheriff's department homeless services outreach teams to notify everyone camping in such hazardous zones of the new prohibition.

It applies to areas deemed to be Very High Fire Hazard Severity Zones.

The fire department mapped out encampments in fire hazard zones in response to a 2018 motion by the board, and hundreds of people have already been contacted and warned of the danger, according to the motion. Many have chosen to relocate, while others have decided to remain. 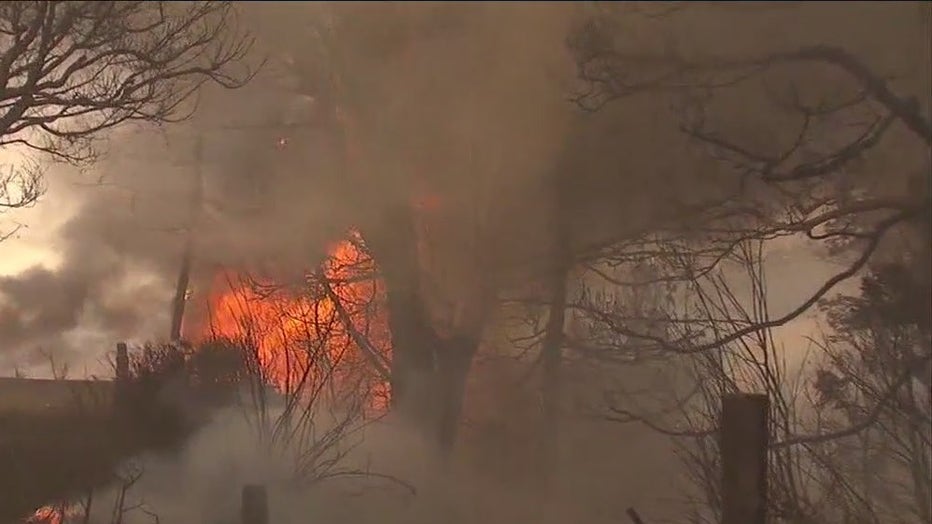 "Unsheltered people experiencing homelessness may be reliant on fires for everyday survival activities, including cooking food and keeping warm, but these activities also increase the risk of nearby brush catching fire and rapidly spreading," the motion stated. "People experiencing homelessness living in high-fire zones may miss emergency notifications and may experience challenges in safely evacuating. Additionally, efforts to notify or evacuate PEH in remote locations can cause undue harm to outreach workers and emergency responders."

While the motion focuses on woodland interfaces and brush-filled canyons rather than city streets, fires in homeless encampments across the county have more than tripled since the fire department began tracking them three years ago, according to reporting by the Los Angeles Times. They occurred at an average daily rate of 24 fires during the first quarter of this year, making up 54% of all fires department personnel responded to, according to the newspaper.

Many are smaller blazes on city streets not prone to wild spread, but seven homeless people died in fires in 2020 and businesses near encampments have suffered tens of millions of dollars in damage, the Times reported.

Once offenders are relocated, efforts will be made to keep high fire zones clear, while "ensuring these efforts do not criminalize homelessness," the motion states.

A report back on how many people have been relocated and rehoused is due in 30 days. At the board's direction, the fire department will continue to report quarterly on fires linked to encampments.