LAWRENCE, Kan. (AP) - Longtime NFL quarterback John Hadl, who starred for his hometown Kansas Jayhawks before embarking on a professional career that included six Pro Bowl appearances and an All-Pro nod, died Wednesday. He was 82. 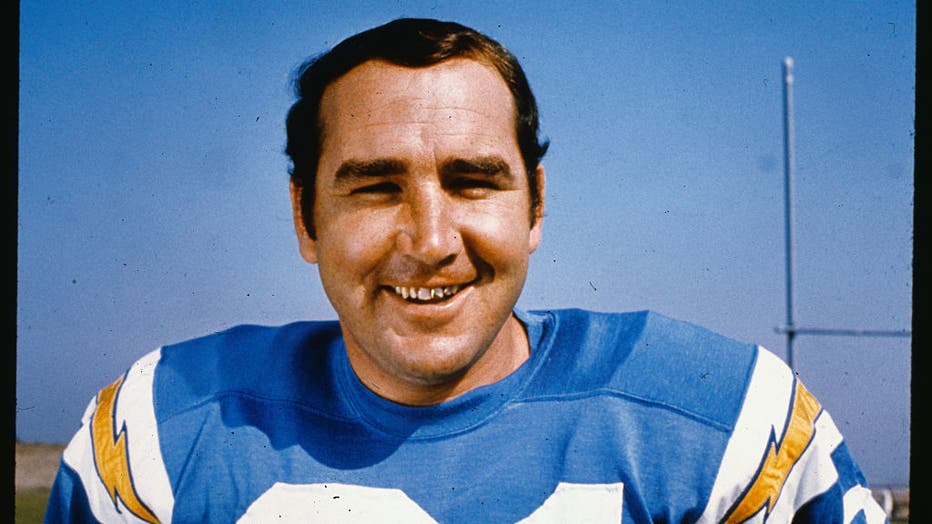 The university, where Hadl returned after his playing days as a coach and fundraiser, announced his death in a statement, citing his family. No cause was given.

"John Hadl had a generational impact on Kansas football," Jayhawks athletic director Travis Goff said. "He was a once-in-a-lifetime Jayhawk student-athlete, a coach and mentor, a prolific fundraiser who developed profound relationships with countless, and the ultimate ambassador for KU. In short, our university and athletic program has been transformed by John and his legacy will forever be cemented. Our deepest thoughts and prayers are with (wife) Diana and the Hadl family."

Hadl was a two-sport star at Lawrence High School, a short drive from the Kansas campus, but made his name on the football field for the Jayhawks. He led the NCAA in punting as a sophomore, set a record for longest punt of 94 yards that still stands, and until 2007, held the record for longest interception return with a 98-yarder.

Hadl played both halfback and quarterback his final two seasons, helping Kansas go 14-5-2 over the span. The two-time All-American finished his career by leading the Jayhawks to their first bowl win against Rice in the 1961 Bluebonnet Bowl.

"Upon my arrival," current Kansas coach Lance Leipold said, "I heard instantly from people across the state about John’s impact to this department, not just as a student-athlete and coach, but as someone who dedicated nearly 40 years of his life to the University of Kansas. His desire to enhance KU and make it as special as possible truly resonated with me."

Hadl was chosen 10th overall by the Detroit Lions in 1962 in the NFL draft and 24th overall by the San Diego Chargers in the AFL draft, where he chose to pursue his career. Hadl would spend 11 seasons with the Chargers, taking them to three AFL title games before the merger with the NFL, before finishing his career with the Packers, Rams and Oilers.

After retiring in 1977, Hadl returned to Kansas as an assistant, helping the Jayhawks to the 1981 Hall of Fame Bowl. He later coached for the Rams, the Broncos and the Los Angeles Express of the USFL before returning to Kansas in 1988, where he spent the next 30 years as a prolific fundraiser for the Williams Education Fund.

Hadl’s No. 21 is one of three numbers retired by Kansas along with No. 48 of Gale Sayers and No. 42 of Ray Evans. In 2020, the school celebrated his legacy by unveiling a statue of Hadl outside the Anderson Family Football Complex.

"To be the head coach of this program," Leipold said, "and see his statue every day outside Anderson Family Football Complex is a firm reminder of the passion and love that John had for this program. Kelly and I send our condolences to the Hadl family and his loved ones."