Two suspects led officers on a chase through parts of downtown and South LA. The two eventually fled into an apartment building.

LOS ANGELES - Officers are looking for two suspects who led them on a chase through parts of downtown and South LA.

The suspects, in a dark-colored SUV, are wanted for armed robbery.

The pursuit began in downtown LA, they got on the 10 freeway and exited in South LA. The vehicle pulled over in front of an apartment on W. MLK Blvd. and S. Gramercy Pl. in South LA.

A man and woman exited the vehicle and ran inside the building. 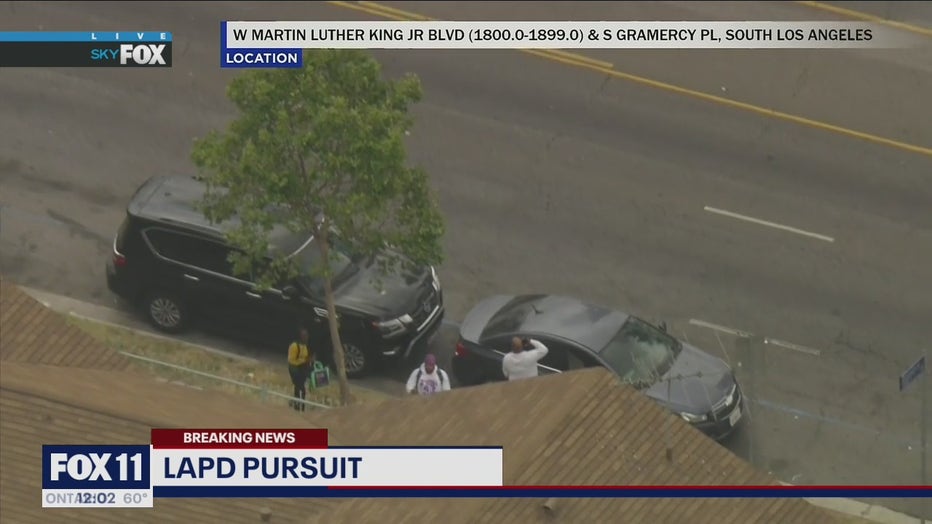 The woman was wearing a yellow shirt and the man was in a white sweater.

Moments after the suspects entered the building, another man came out and was confronted by police. It appears that man was taken into custody. It is not known if he is associated with the suspects. 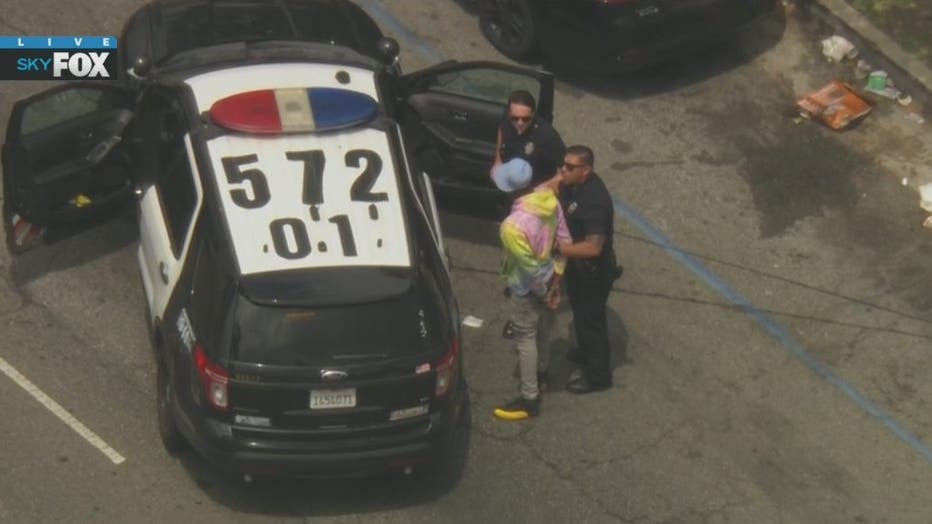