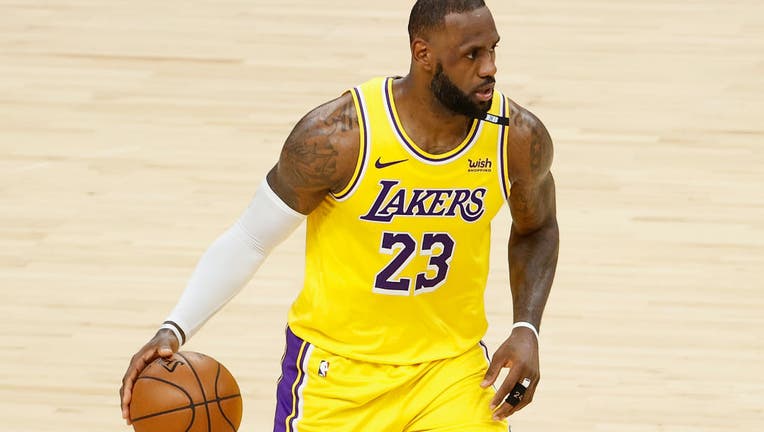 LOS ANGELES - In true Hollywood fashion, Los Angeles Lakers superstar LeBron James be wearing a different jersey number for the next NBA season after the release of "Space Jam: A New Legacy," it was reported Wednesday.

James will switch from No. 23 to No. 6, which is the same number he wore for Team USA and during his time with the Miami Heat, as first reported by The Athletic. He also continued to wear No. 6 in practice during his second tenure in Cleveland and since he’s joined the Lakers.

James wanted to switch back to No. 6 when the Lakers acquired Anthony Davis from New Orleans, but Nike apparently did not approve the switch, ESPN reported. Davis also wore No. 23 when he played for the New Orleans Hornets and when the team was renamed to the Pelicans.

Fans know No. 23 was inspired by the iconic Michael Jordan, but James said No. 6 pays homage to NBA legends Julius "Dr. J." Irving and Bill Russell.

In the trailer for "Space Jam: A New Legacy," produced by Warner Bros., James is seen wearing No. 6 in the previews while playing for the animated "Tune Squad."

The movie is scheduled to premiere in theaters and on HBO Max on July 16. Watch the preview below:

James will likely be busy promoting the film while the Lakers front office is expected to be occupied making moves to make the men in purple and gold championship contenders following this season’s first-round exit.