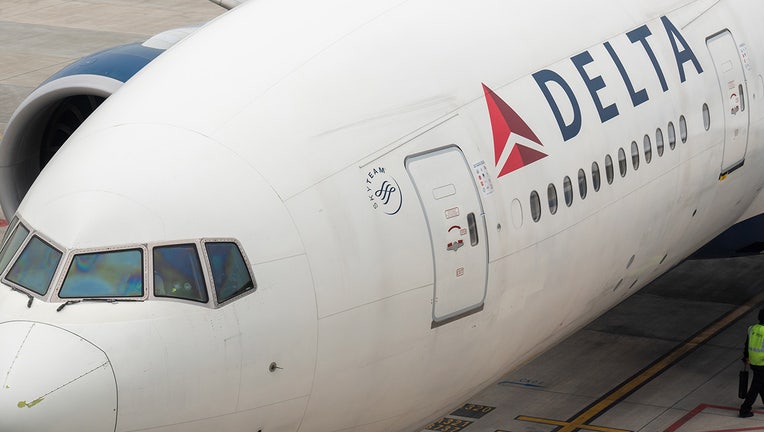 LOS ANGELES - Two Los Angeles based law firms on Tuesday filed a lawsuit against Delta Air Lines on behalf of three Pioneer High School students nearly a month after Delta Flight 89 dumped jet fuel over several schools across the L.A. area as it prepared to make an emergency landing at LAX.

The lawsuit alleges negligence on behalf of Delta saying that had the "plot notified air traffic control of needing to dump fuel, Flight 89 would’ve been directed to a location and altitude from which fuel could’ve been released without endangering the population."

RELATED: Teachers who had jet fuel dumped on them, their students file lawsuit against Delta Air Lines

The law firms of McNicholas & McNicholas, LLP and Redefine Law Firm say the students they're representing in this lawsuit were exposed to the fuel dump from Delta. At least 60 people were treated for injuries in the aftermath.

The firms say their lawsuit alleges the following:

--- On January 14, 2020, a Boeing 777-200 flown by Delta as Flight 89 took off from LAX bound for Shanghai, China. Shortly after takeoff, the pilot declared an in-flight situation that necessitated the aircraft return to LAX and fly over the heavily populated neighborhood that included Pioneer High School.

--- As Flight 89 flew over the school at approximately 2,000 feet (and as students were out on the playground and other areas of the campus), the aircraft released what is believed to be thousands of pounds of toxic jet fuel.

--- Delta and its flight crew for Flight 89 were aware of or should’ve been aware that jet fuel is toxic and that contact is harmful and dangerous to humans.

--- Delta and its flight crew for Flight 89 were under a duty to adequately notify and communicate with air traffic control personnel of any need or intent to dump fuel so that the aircraft could be directed to a location and altitude from which fuel could’ve been released without endangering the population.

--- Flight 89’s decision to dump fuel was made with no notification to air traffic control, no regard for the health and welfare of the populated areas below the aircraft and no regard for the fact that the aircraft was only at approximately 2,000 feet, which is far too low to allow jet fuel to dissipate or evaporate before reaching humans at ground level.

--- Flight 89 exposed the students and others in the highly populated area to the toxic jet fuel, which penetrated their skin, mouths and noses, causing itching, illness, nausea, dizziness and emotional distress.

This is the second lawsuit filed against the airline in connection to January's jet fuel dump. Just three days after the incident, four Park Avenue Elementary School teachers filed a similar suit alleging negligence by Delta seeking general and compensatory damages "in an amount according to proof at trial," their attorney said.

FOX 11 reached out to Delta Air Lines for a statement on this litigation and is waiting to hear back.