Eliezer Vera is chief of the department's Technology and Support Division, and has been with the LASD since 1988. 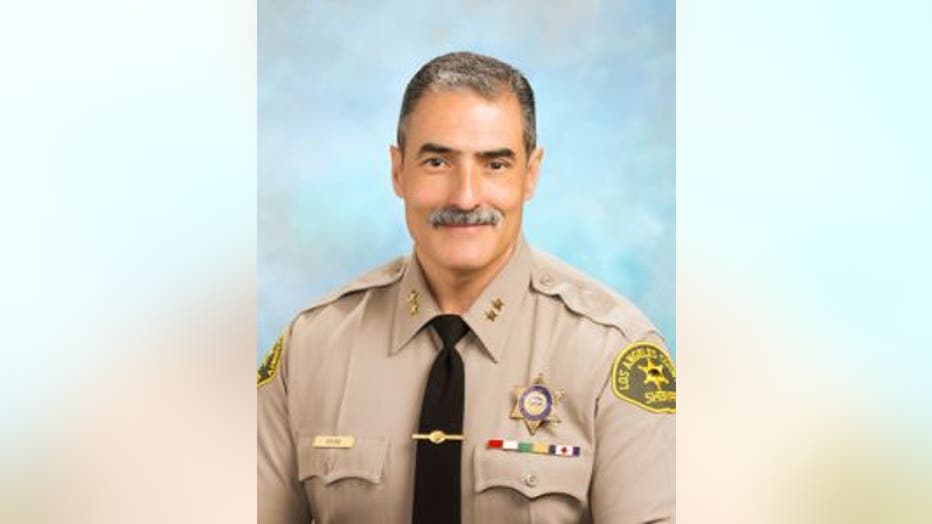 He criticized Villanueva for how the sheriff has handled disagreements since his election in 2018.

"I believe as law enforcement officers our mission is to bring calmness and civility and peace to very difficult situations. And what we've witnessed from the current sheriff is someone that when someone disagrees with him, we see nothing but utter disdain and contempt," Vera said as he announced his candidacy this morning in Grand Park, surrounded by his family.

Vera has risen through the ranks of the LASD, serving at the Men's Central Jail, the Lynwood, Lennox, Compton, Century and South Los Angeles stations, the Detective Division's Cargo Theft Criminal Apprehension Team, as an executive aide in the Office of the Sheriff, in the Reserve Forces Bureau and the Communications and Fleet Management Bureau.

He was promoted to the rank of chief in December 2018, overseeing the department's Central Patrol Division. In January, he transferred to the Technology & Support Division, where he oversees the Scientific Services, Data Systems, Records & Identification and Communications & Fleet Management bureaus.

Vera is a former U.S. Marine. He and Villanueva have worked closely together in the past, when both were sergeants at the Lennox Station in the early 2000s. Vera also consulted on Villanueva's campaign for sheriff in 2018, and praised his aptitude shortly after the November 2018 election.

"There will be a learning curve. But this is a man with a PhD. He is no dummy," Vera told the Los Angeles Times.