Larry King, the American TV and radio icon, has passed away at 87.

LOS ANGELES - Larry King, the legendary American talk-show host, has died. He was 87.

"With profound sadness, Ora Media announces the death of our co-founder, host, and friend Larry King, who passed away this morning at age 87 at Cedars-Sinai Medical Center in Los Angeles," the statement said

In Late December 2020, King was hospitalized with a case of COVID-19. After spending some time in the intensive care unit, King improved enough to be moved out of the unit and was breathing on his own.

The television and radio icon spent decades conducting more than 30,000 interviews, including every president from Gerald Ford to Barack Obama. He spent seven years on the nationally syndicated radio program "The Larry King Show" and then more than two decades on CNN’s "Larry King Live."

He retired from "Larry King Live" in 2010, but two years later returned to television with the show "Larry King Now" and "Politicking with Larry King," which were available on Hulu and RT America.

King was born Lawrence Harvey Zeiger on Nov. 19, 1933 in Brooklyn, New York. In 1957, he changed his last name from Zeiger to King as he went on to pursue a career in radio.

After graduating high school, he spent several years living at home to help his mother, Jennie Zeiger, after his father, Edward Zeiger, died. Then in his 20s, King moved to Florida to start his career. He worked as a disc jockey in South Florida for some time. 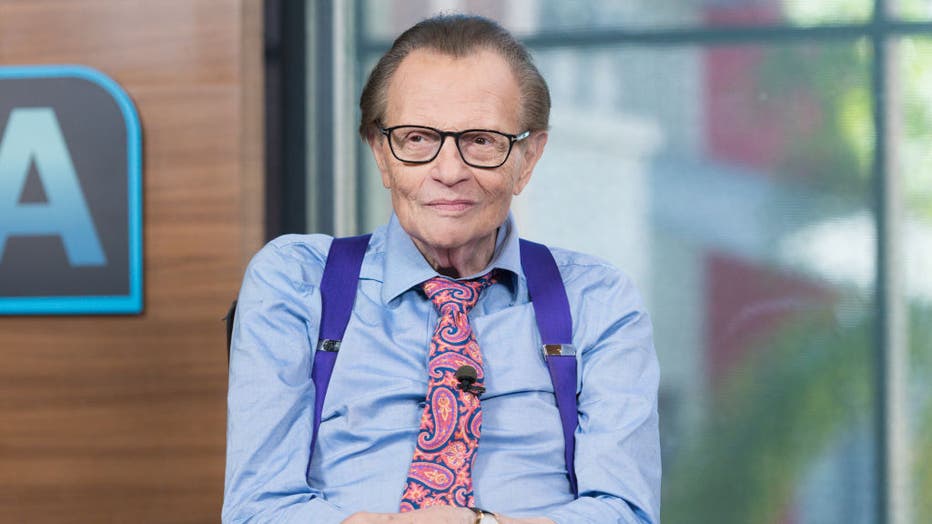 In 1960, King broke into television with a talk show based in Miami. He also wrote for local newspapers in the city, according to CNN. He even became a color commentator for the Miami Dolphins during the 1970 season.

RELATED: Larry King out of ICU after being hospitalized with COVID-19

But in 1971, King was arrested and charged with grand larceny on suspicion of stealing money from a former friend. Those chargers were dropped in 1972 because of the statute of limitations, but it hindered King’s career in broadcast and newspapers for some time.

King briefly left Florida and spent a few years working in public relations before heading back to Miami in 1975. He returned to radio and television and joined the Miami News as a columnist.

Seven years later on June 3, 1985, "Larry King Live" premiered on CNN. Over the span of 25 years, King interviewed thousands of celebrities, politicians, news leaders and other notable public figures. One of those notable figures was Ross Perot, who announced his bid for the presidency in 1992. King went on to win a Peabody Award for his election coverage that year.

In 1987, King suffered a heart attack and underwent a quintuple bypass surgery. A year later, he created the Larry King Cardiac Foundation to help people get medical treatment if they are uninsured or unable to pay hospital bills.

King also suffered other health problems, including a stage 1 lung cancer diagnoses in July 2017. He had surgery to remove malignant tissue and did not speak publicly about it until September of that year.

In April 2019, he experienced angina before a scheduled angioplasty. He underwent the procedure, where stents were inserted into his heart to reopen the previous bypass he had in 1987.