LOS ANGELES - The Los Angeles Board of Police Commissioners supported an increase of $119 million for the Los Angeles Police Department's budget Tuesday for the 2023- 24 fiscal year, which would bring the total general fund budget for the department to $2 billion. 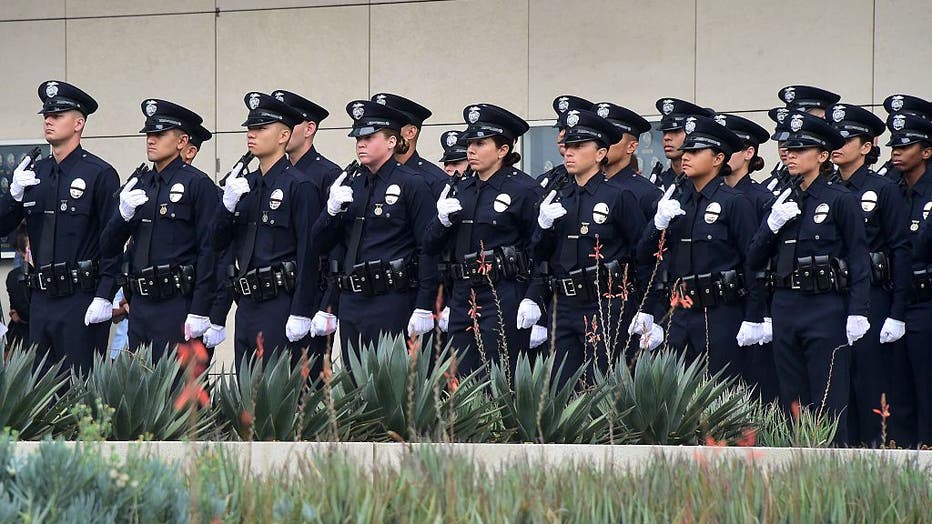 The proposed budget now heads to the mayor and City Council for approval.

A majority of the increase in funding, $105.5 million, would go toward salaries and expenses. The department plans to hire 780 officers and rehire up to 200 sworn personnel through its recall program in an attempt to address "back-to-back years of substantially higher rates of attrition within our sworn and civilian workforce," Police Chief Michel Moore wrote in a letter to the board.

Moore said the department's budget request assumes the implementation of hiring bonuses, which "will allow the LAPD to remain competitive with surrounding law enforcement agencies" and help offset the high cost of living in Los Angeles.

The department requested over $63 million in additional overtime and recruit expenses.

"The big theme here that I want to stress with this budget is that the staffing restorations are critical," Moore told the commission. "Gaining support in those areas are going to improve public safety in Los Angeles. These numbers are ambitious, but we need to strive to achieve them."

The department also sought a $35 million increase in sworn overtime, up from $5 million this year. Officials say they need funding to address increases in violent crime and to track down ghost guns.

The department also seeks to rebuild its vehicle fleet, requesting $38 million to replace what Moore described as an aging fleet, and made a $15.6 million request for two helicopters.

"This is a standard replacement process so that we don't grow the fleet, but that we retain the fleet," Moore said.

Councilwoman-elect Eunisses Hernandez said on Twitter that the $119 million should instead go toward expanding the number of mental health professionals who can handle mental health crisis calls instead of the police -- a sentiment that Councilman Mike Bonin agreed with.

"I've had LAPD officers tell me they don't want to deal with folks who have mental health crises, but it's a majority of their calls," Hernandez said.

A couple of commissioners expressed concern that the budget did not go far enough in certain areas.

Commissioner Steve Soboroff believed the budget was underfunded for technology and included too many items that police should not be responsible for.

"I look to the day that the line items that have to do with the issues of homelessness, mental illness, drugs and other issues can be reduced," Soboroff said.

Commissioner William Briggs, the board's president, said he wanted the department to aim for more than hiring 780 new officers, pointing out that several world events -- including the World Cup in 2026 and Olympics in 2028 -- would require additional resources.

"I am extremely concerned that we simply will not have the resources to meet the task that we're going to be faced with if these are the current numbers that we're talking about, and they persist," Briggs said.

Moore replied that the budget was "ambitious yet realistic," and a "measured effort to improve the efficiencies and effectiveness of the organization with our professional opinion about what's realistic."