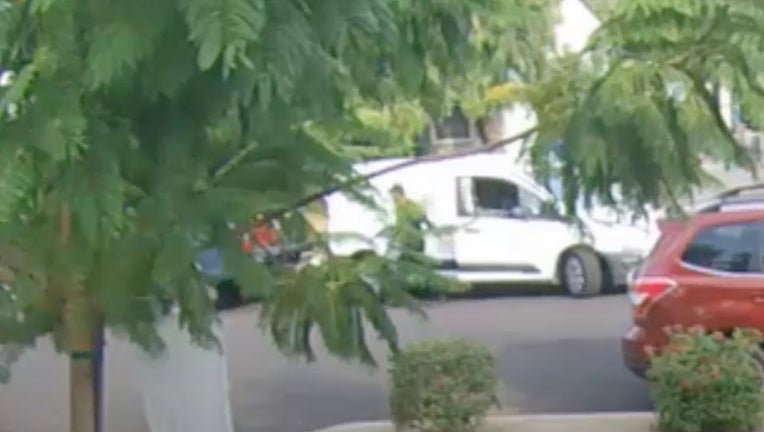 While working, the two suspects pulled into the neighborhood in a white van and up to the victim’s work truck where one of the suspects exited the vehicle and took something out of the victim’s truck, the LAPD said.

The landscaper ran towards the suspect to retrieve his property. That’s when police said the suspect went back to the vehicle, described by authorities as a Ford Transit Connect van, and the second suspect, who was driving, struck the victim.

The victim did not require medical treatment. 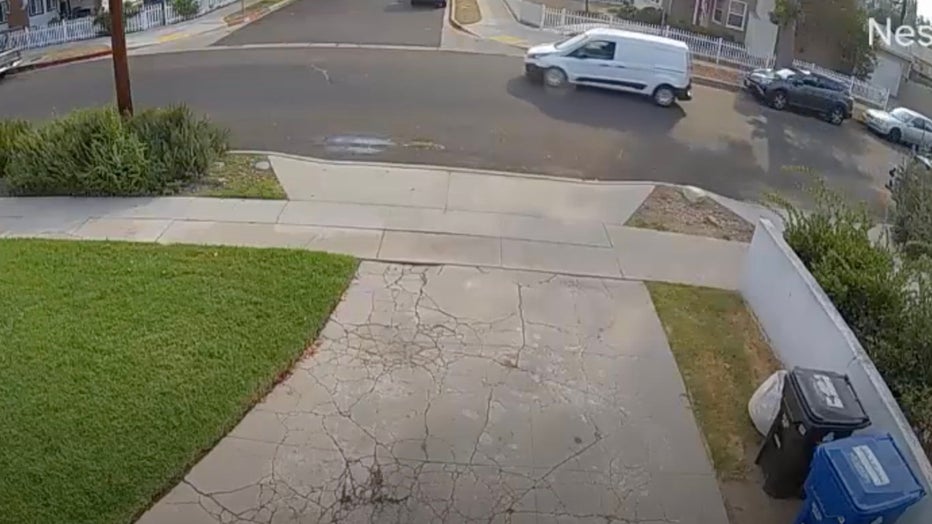 After the victim was struck, the two suspects left the scene with the stolen property.

It was not specified what the suspects took from the landscaper.

The suspect accused of taking an item from the victim's truck was described as a Hispanic man, 5 feet 6 inches tall, weighing 180 pounds. He was last seen wearing a black hat, a black shirt and black pants.

A description of the driver was not available.

Anyone with information on this crime is urged to call Detective Kojima, at 818-754-8426. Tipsters may also contact Crime Stoppers by texting to phone number 274637.