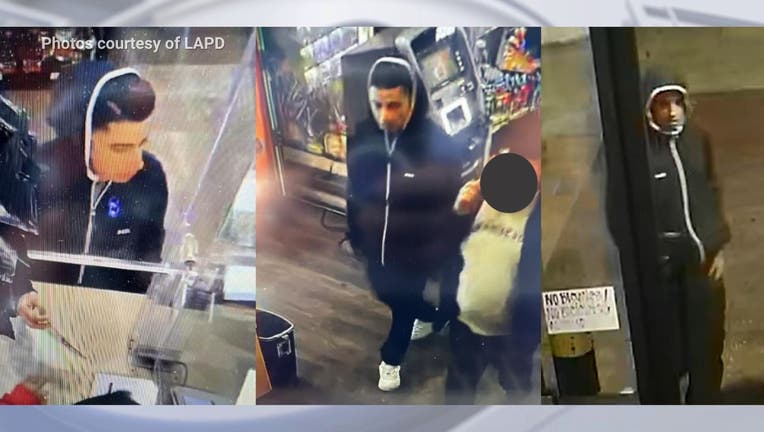 A suspect LAPD said is responsible for the murder of one person and the attempted murder of two others in South LA on Oct. 23, 2022. (Photos via LAPD)

LOS ANGELES - Police in South Los Angeles are searching for a man they say killed one person and shot two others outside a party last month.

The murder happened back on Oct. 23 just before 2 a.m., according to the Los Angeles Police Department. Three people were standing outside a birthday party, by their cars in the 300 block of East 62nd Street in South Los Angeles. That's when the suspect walked up and shot the three victims. One of the those victims was killed, the other two survived. The suspect then drove away in the dead person's 2007 Mercedes-Benz, according to LAPD.

Authorities Tuesday released images of the suspect taken from surveillance footage near the crime scene. The suspect is seen wearing a black zip-up hoodie, black pants and white shoes. According to LAPD he's between 18 and 22 years old, between 5 feet 6 inches and 5 feet 9 inches tall, and weighs approximately 170 to 180 pounds. 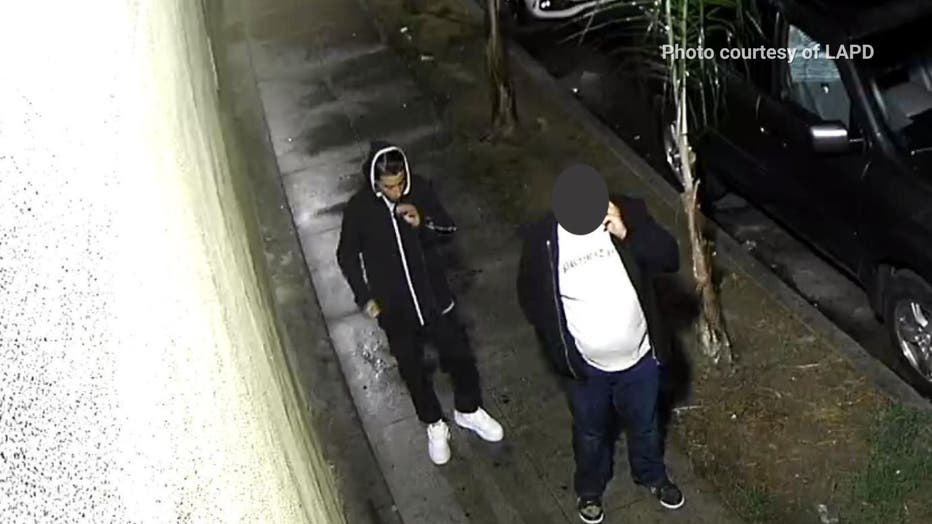 LAPD said the man pictured in the black hoodie killed one person and shot two others in South LA on Oct 23, 2022