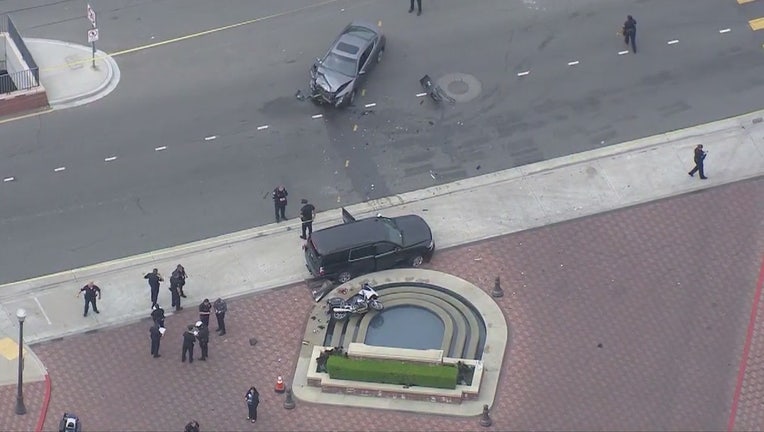 LOS ANGELES, Calif. (FOX 11) - A Los Angeles Police Department motorcycle officer was injured Tuesday when he crashed his bike -- which ended up on the steps of a fountain at a USC campus entry gate -- while apparently trying to avoid a two-vehicle collision in front of him.

The crash occurred about 8:45 a.m. near Exposition Boulevard and Figueroa Street, according to the LAPD. The officer was hospitalized in stable condition with injuries described as not life-threatening, police said. His name was not released.

According to the preliminary investigation, a car and an SUV had collided, and the officer crashed while trying to avoid the wreckage, police said. One other person was taken to a hospital in unknown condition.

Traffic was routed away from the area while an investigation was conducted.