LAPD releases video of use of force confrontation in Hollywood

The civil unrest back in May and June that spread across Los Angeles has now led to scores of accusations against police officers. And That they abused their authority with wrongful use of force. Now, the LAPD has released video of another one of those questioned confrontations.

HOLLYWOOD, Calif. - Police said on Saturday they are investigating a use-of-force incident in which an officer fired a foam-coated projectile into the groin of a male protester.

The incident happened June 2, in the midst of a city-wide demonstration that erupted after the Memorial Day death of George Floyd at the hands of a police officer in Minneapolis. 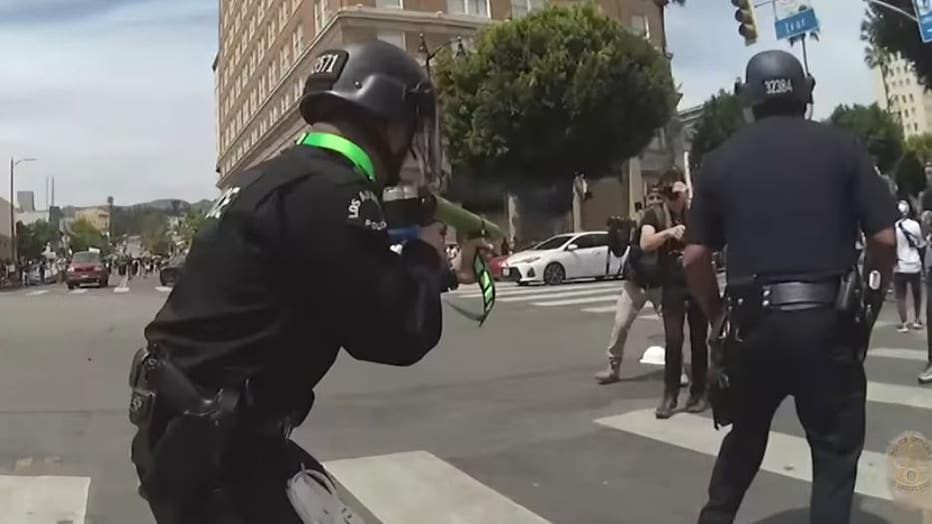 Use of force incident in Hollywood (LAPD)

Officers are seen rushing to the intersection of Hollywood Boulevard and Ivar Avenue at about 2:40 p.m., as rocks and bottles are apparently thrown at police lines there. 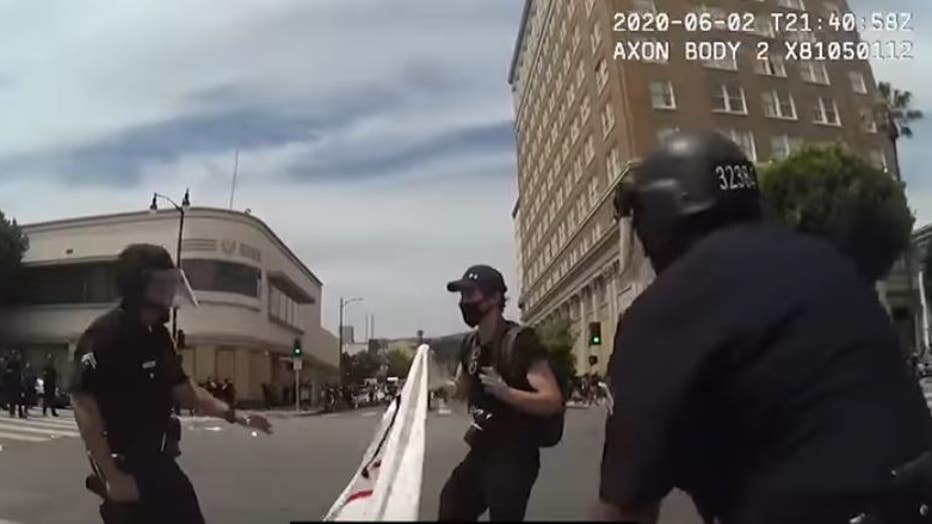 As police try to clear the intersection, one officer rips a white protest sign from the unidentified protester, another officer pushes him backward, and then a third officer appears to take aim at the man, firing a shot that appears to strike him in the groin as the man stands in the street.

Police said the department's Force Investigation Division launched a probe into the incident on Aug. 19 in response to a Los Angeles Times story and an Instagram post in which a man, who identified himself as 28-year-old filmmaker Ben Montemayor, said he was the victim of the shooting, which he claimed resulted in serious injuries to his testicles that required emergency surgery.

Capt. Stacy Spell of the LAPD said the 40mm "less lethal" device used in the shooting is designed to cause pain and possibly bruising but no injuries.

"It is designed to be non-penetrating by distributing energy over abroad surface area," Spell said.

The captain said police have attempted to contact Montemayor about the incident, but he referred investigators to his attorney.

Spell said the investigation would likely take several months, and the findings would eventually be forwarded to LAPD Chief Michel Moore.