SkyFOX was over the scene of a small plane crash in Lancaster.

LANCASTER, Calif. - No one was injured after a small plane crashed near an airport in Lancaster on Monday afternoon.

The incident was reported at 1 p.m. at the intersection of West Avenue G and 60th Street West.

The plane, a Cessna 210, landed without its landing gear deployed near General William J. Fox Airfield Airport and crashed through a fence according to Crystal Essiaw of the Federal Aviation Administration.

At the time of the crash, light winds between 5 and 10 mph were reported from the southwest with clear skies. 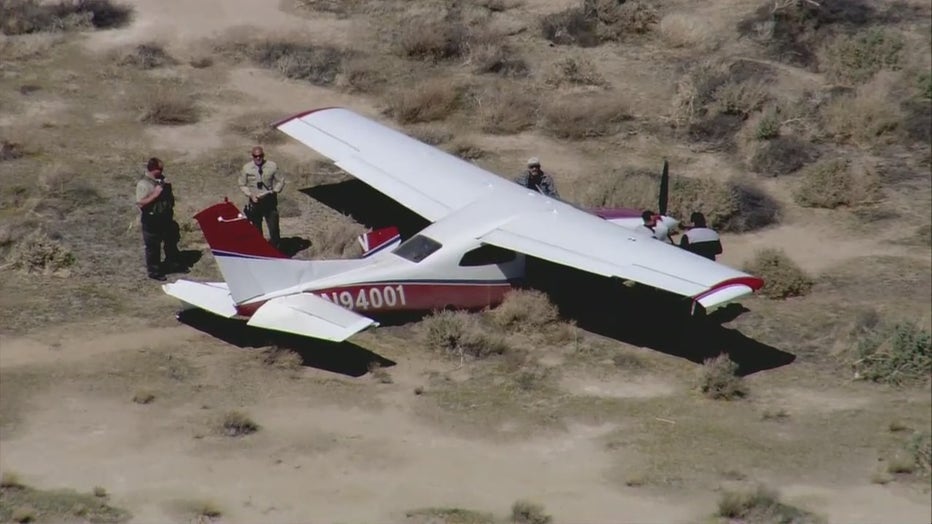 According to the Los Angeles County Fire Department the plane was completely intact. According to Essiaw, there were two passengers on the aircraft, both of whom were evaluated and released.

The cause of the crash landing was under investigation, Essiaw said.